A Day of Miracles and Magic with Friends

If there’s anything I love more than bringing smiles to children who truly need them, it’s helping others who share the same mission. That’s why I could not be more thrilled to join my good friend, Jon Petz, at his annual “Miracles and Magic” grand illusion and clean comedy magic show to benefit children with life-threatening illnesses!

Jon has been a steadfast supporter of my nonprofit, Win-Win Entertainment, and his passion is palpable. He’s performed in countless virtual shows for children in hospitals all over the country, and is an all-around fantastic person and professional entertainer. I’ve always wanted to support him by performing in his show, and this year, it’s finally happening!

Take a look at the magic we created at the latest Miracles and Magic event.

More on the Miracles and Magic Mission

The Miracles and Magic Foundation is an organization that provides wonderful life experiences to children who are currently fighting life-threatening illnesses. The core of the foundation is “Miracles and Magic,” the Midwest’s premier grand illusion and comedy magic show that features some of the best magicians not just in the country, but in the world.

The Miracles and Magic mission is to help children and their families forget, even if just for a few hours, about the medical treatments and other daily challenges they face. Instead, they experience the wonder, laughter, and emotion of magic and entertainers! Magical experiences are truly the heart of everything this foundation does.

Magic is also at the heart of my pal, Jon Petz! Jon is a phenomenal motivational and business leadership keynote speaker, two-time best-sellers list author, AND a corporate magician and professional entertainer. Talk about a triple threat! We met through the National Speakers Association, and I am so glad we did. 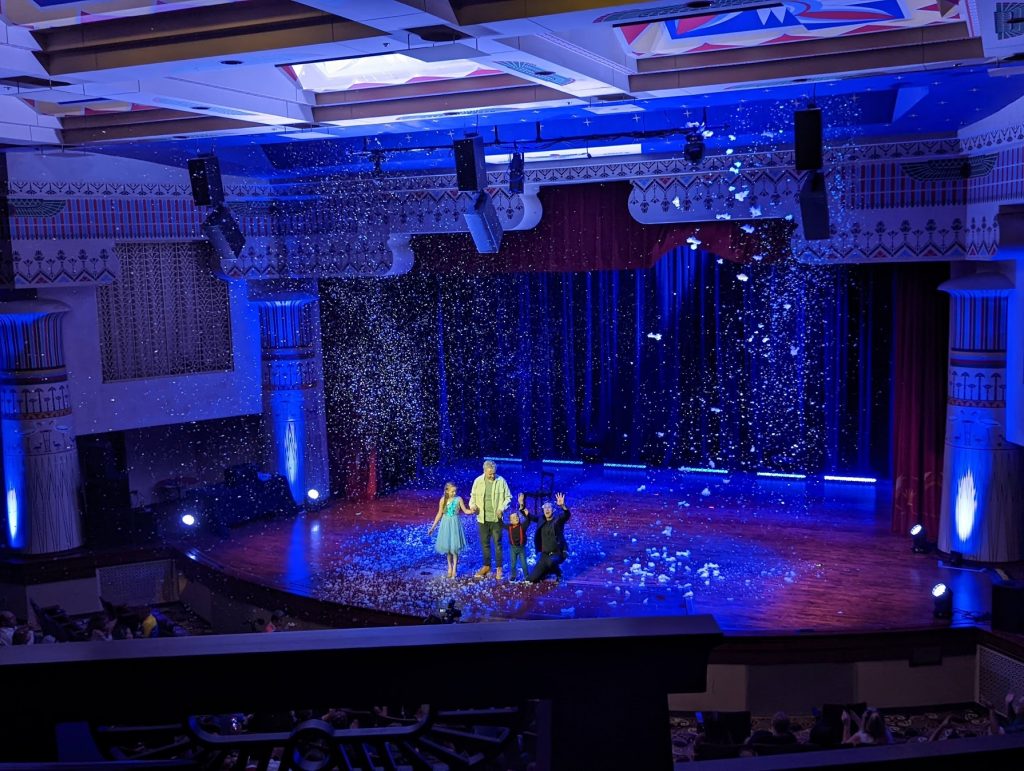 Jon and I shared stories of our child-focused nonprofits, with promises to collaborate. Shortly after, the pandemic canceled upcoming Miracles and Magic events — but Jon kept his word and did tons of virtual shows for Win-Win over the years. It was time for me to do my part, so I headed to the Lincoln Theatre in Downtown Columbus Ohio for the 20th anniversary show of Miracles and Magic!

A Full House of Magic in Columbus, Ohio

Folks, when I tell you we brought the magic to Columbus, I really mean it! The spectacular weekend kicked off with a fundraiser on Friday evening called Martinis and Magic, an event co-hosted by the A Kid Again Organization. Beyond the delicious martinis, guests were treated to insanely cool magic acts and even a silent auction to benefit the children.

Come Saturday, June 18, I took the stage at the Lincoln Theatre as the evening’s headliner. Of course, I didn’t do it alone! I was joined by Jade, a world-renowned master illusionist, and celebrity mind reading duo The Evasons. Altogether, we performed two packed shows of 500 attendees — and the room was filled with so much love!

Families drove in from all over the surrounding area for the event. I made sure to perform all of the kid-favorite routines from my clean comedy act (yes, including the iconic unicycle bit!) and it was so fulfilling to hear all of the laughter ring through the theater. But the most fulfilling part of the weekend? The family meet-and-greets following each show! 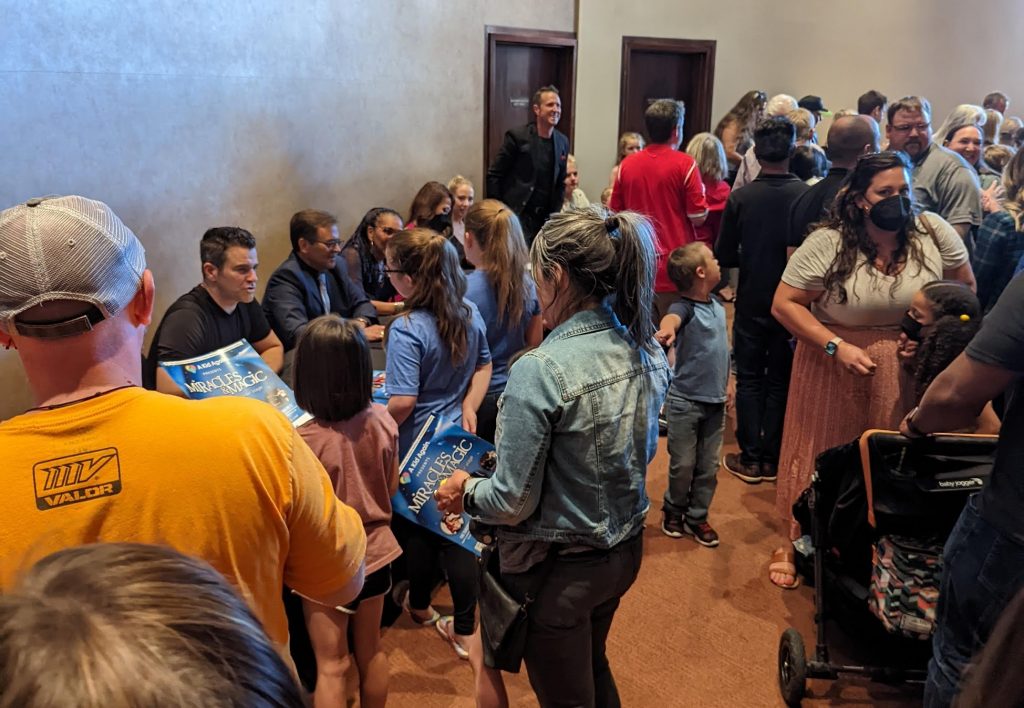 The gang of us professional entertainers got set up to sign every family’s posters, give away magic kits, and spend some one-on-one time with the kids. So many parents told us this was the best night they’d had in so long, and folks, nothing can come anywhere close to that direct impact! It was such a special evening for everyone in attendance.

“We are beyond excited that Jeff will be a headliner in our 20th anniversary show of “Miracles & Magic – Where Hope Takes Center Stage.”  Not only is he an amazing performer and talent, but the mission of his Win-Win philanthropic efforts perfectly align with our purpose.

Together, we will bring smiles, hope, happiness and healing to children across the globe who are battling life threatening conditions or confined to hospital beds. Jeff will help make our 20 year celebration something that is talked about for years to come.”

As a nearly 20-year veteran of the Las Vegas entertainment business, I’m the first to say that this industry can be tough — but sheesh, can it be rewarding! While performing for the children was clearly the most gratifying part of the experience, it was also a blast creatively. Between the talented acts on stage and the awesome, retro theater it was just so cool!

Not to mention, it’s rare I get to work alongside other professional entertainers so much as an entertainer myself and not the event emcee. Seeing Jade and The Evasons in action was inspiring! I was also able to network with so many fantastic contacts at the Martinis and Magic event that I’m hoping can help the continued expansion of Win-Win Entertainment! 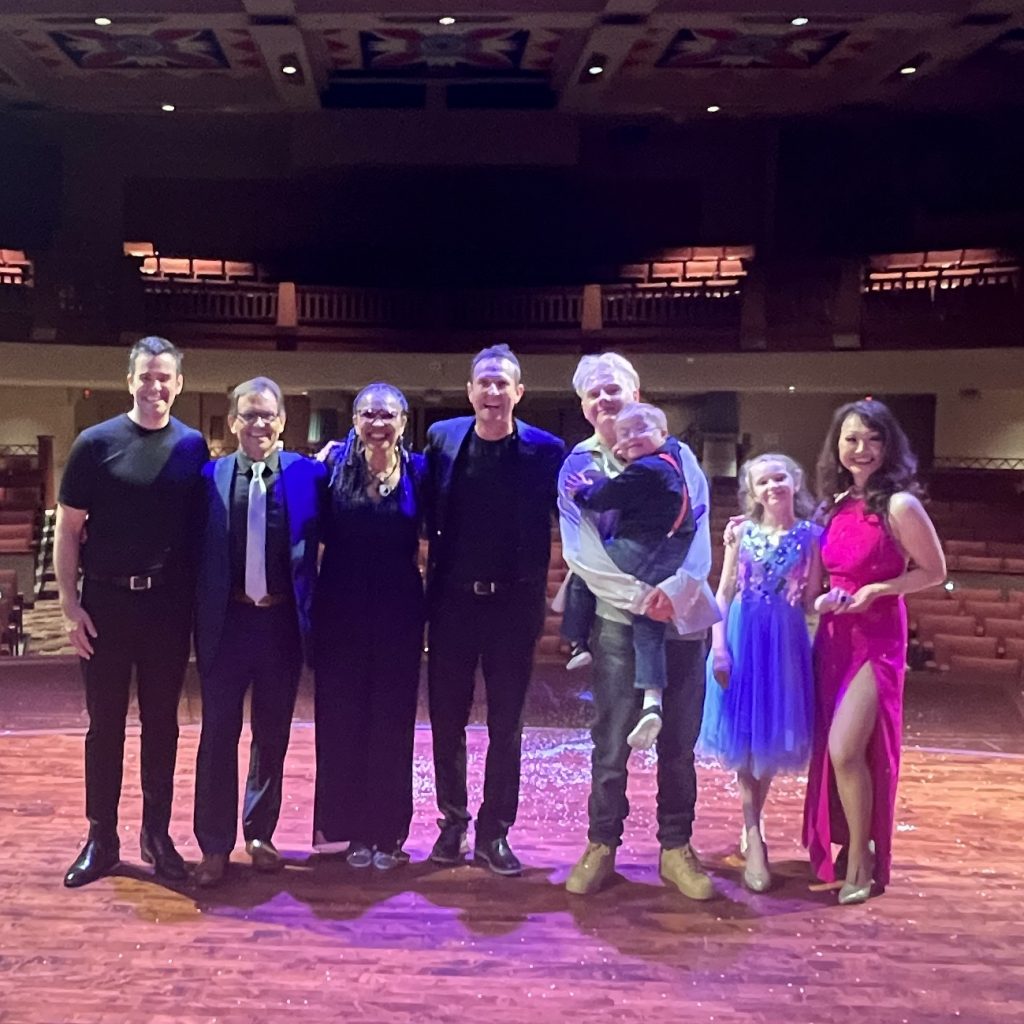 To round out what was already a magical weekend, I had the pleasure of hanging out with my old buddy and fellow Georgetown Chime member, Jim! Jim lives out in Columbus, so we rarely cross paths with me out in Las Vegas. We were able to grab dinner together, have drinks on a rooftop overlooking Columbus, and bring his family to see the Miracles and Magic show!

Where Will This Clean Comedian Be Next?

I had such a blast bringing my clean comedy act to Columbus to benefit children who truly deserved a night of fun and laughter! But where will this professional entertainer be headed next? If you guessed Spokane, Washington, you’d be correct! I’ll be back in the Pacific Northwest to perform a full clean comedy act before my next keynote speaking gig.

Want to bring a little bit of my magic to an event near you? Send me a booking inquiry today!