A Very Disney Thanksgiving with Family

What do you get when you combine not one, not two, but nine CIVILLICOs (including one set of quadruplets!) aboard one cruise ship? A whole lot of fun, that’s what! Take it from me, a resident clean comedian on Disney Cruise Lines who just celebrated Thanksgiving from the deck of the Disney Wonder with my family!

I was joined by the whole squad — minus my brother Gene, his wife, and their three awesome kiddos — to cruise the Pacific coast and explore the magic of Mexico. Of course, I performed my clean corporate entertainer set a few times along the way, too. Tag along as the Civillico’s spent one week at sea onboard the Disney Wonder!

A Civillico-Style Take Over on the Wonder

Move over Mickey and Minnie, we’ve got a new power couple on board… my mom and dad, duh! The Disney Wonder became the ultimate playground for myself and the family, from my parents to my niece and nephews who I affectionately refer to as ‘the Quads.’  The best part? It was the first time we’d all been together like this!

Between my intense travel schedule and the individual obligations of my parents and brothers, it can be a bit tricky to gather us all in the same place. While I always dedicate one week out of the year to our annual Jersey Shore trip and one week to return home to Philly for Christmas, Thanksgiving is normally a family holiday I have to skip — but not this year! My brother John and I made sure of that. 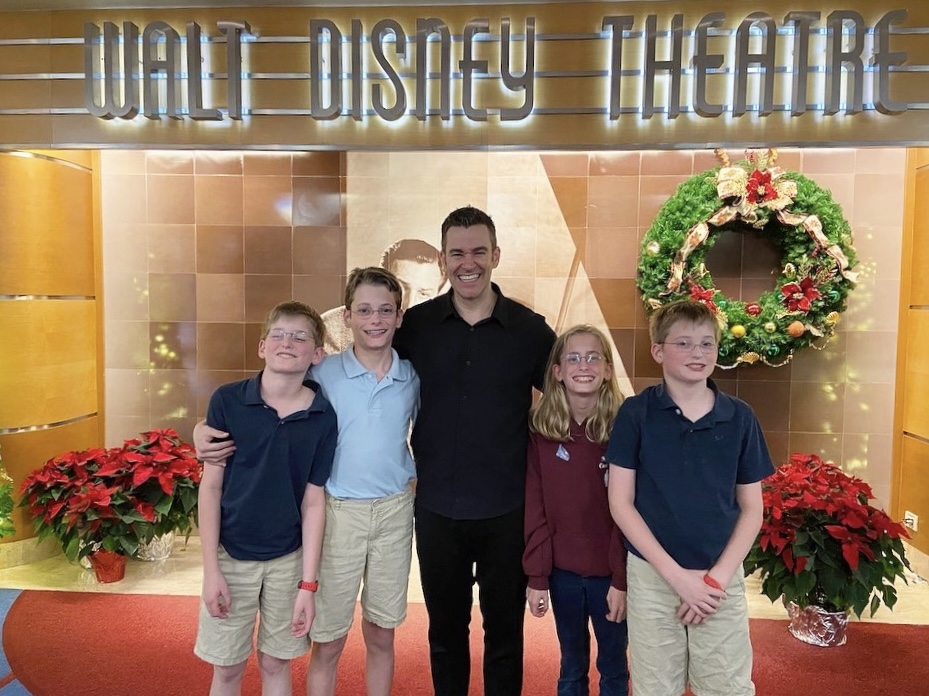 Renewing Our Connections to Walt Disney

Anyone who has been aboard Disney Cruise Lines will agree that Disney ships are truly where magic meets the sea — and one thing about us Civillico’s, we love that Disney magic! You see, Disney was huge to our family growing up. Every year, the gang of us traveled from Philadelphia to Walt Disney World Resort in Orlando, Florida (where I later worked as a clean comedian and corporate entertainer as a Boardwalk Busker).

My dad, in particular, is a massive Disney fan… he’s the reason we’ve stayed in every Disney Resort, from the Polynesian Village to Magic Kingdom! So, it was beyond rewarding to embark on a cruise together, where our family could enjoy a totally different side of Disney than ever before. In fact, there were a bunch of ‘firsts’ this trip!

While mom and dad had their first ever Disney Cruise Lines experience, the Quads got to see me perform live in a theater for the first time ever! Of course, they’ve watched videos and helped me with small tricks at home, but this was their first time seeing Uncle Jeff in a Broadway-style theater with 2,000+ guests. The Quads, my brother and his wife, and my parents got to see my full Comedy in Action routine with all the stunts! 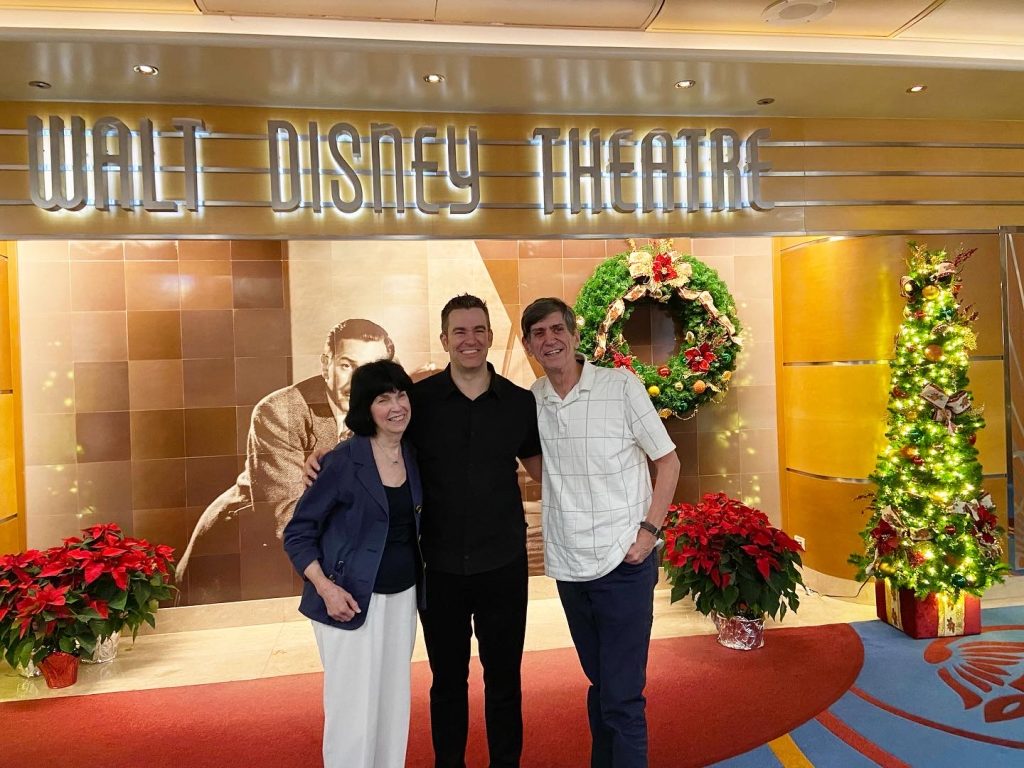 A Magical Itinerary for the Whole Family

In case you’re new here, before my time on the Las Vegas Strip as a clean corporate entertainer and professional event emcee, I was a dedicated Disney employee. Well, first I was a live entertainer on the boardwalk in Disney Springs. I joined my first Disney Cruise in 2006 as an onboard entertainer, and at some point in my 20s, I was on a ship one week on, one week off for two years. Disney Cruise Lines is like a second home!

Because I’ve performed for Disney for nearly 20 years now, my clean comedian sets are practically ingrained in me. This means that while I still take time on the ship to practice and prepare, I’m not going through the entire run of show each day before I perform. Instead, I was able to relax with the family and explore all Mexico had to offer!

The Disney Wonder departed from San Diego and traveled to Cabo San Lucas, a resort town on the tip of the Baja California peninsula; Mazatlán, a beachside getaway along the Pacific coast; and Puerto Vallarta, an international resort destination. The whole family loved the excursions, and I loved seeing the cruise from a passenger’s point of view — especially from the eyes of the Quads, who had never been on a cruise! 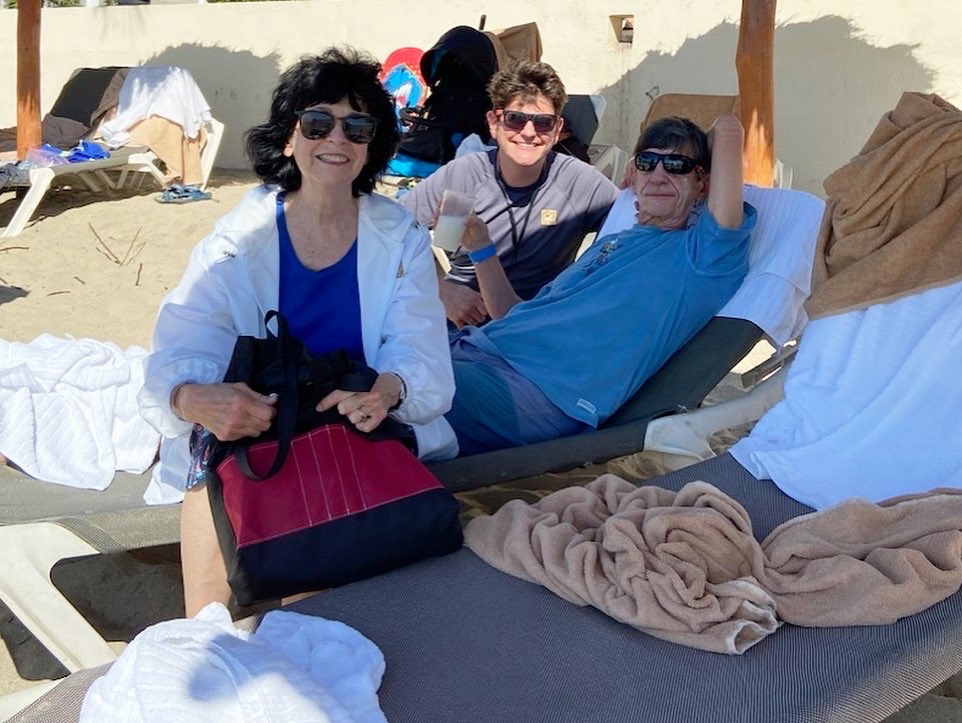 Thanksgiving with family aboard the Disney Wonder is a memory I will treasure forever. It was such a surreal experience to have my two worlds collide: one of corporate entertainer Jeff and one of fun uncle (AKA “funcle”) Jeff. Not only did my family get to see me perform in the Disney Theatre and comedy club, but they also got to partake in an onboard juggling workshop too! In between all the laughs, I couldn’t help but feel nostalgic. 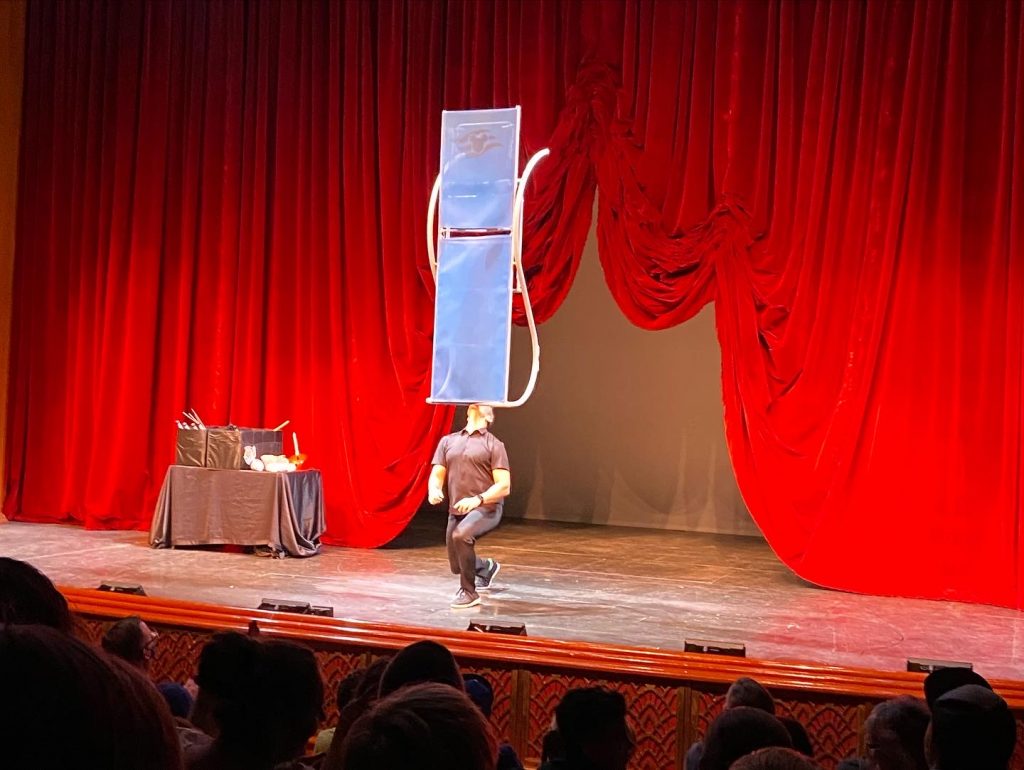 My brothers and I have such fond memories of exploring the Disney parks with our parents, watching the fireworks on Main Street. This Thanksgiving, we were able to watch the fireworks from the Pacific Coast — with the addition of spouses and children now! — and find that same nostalgia among the new experiences. Our time aboard the Wonder will make the list of my top ten events of 2022 for sure! 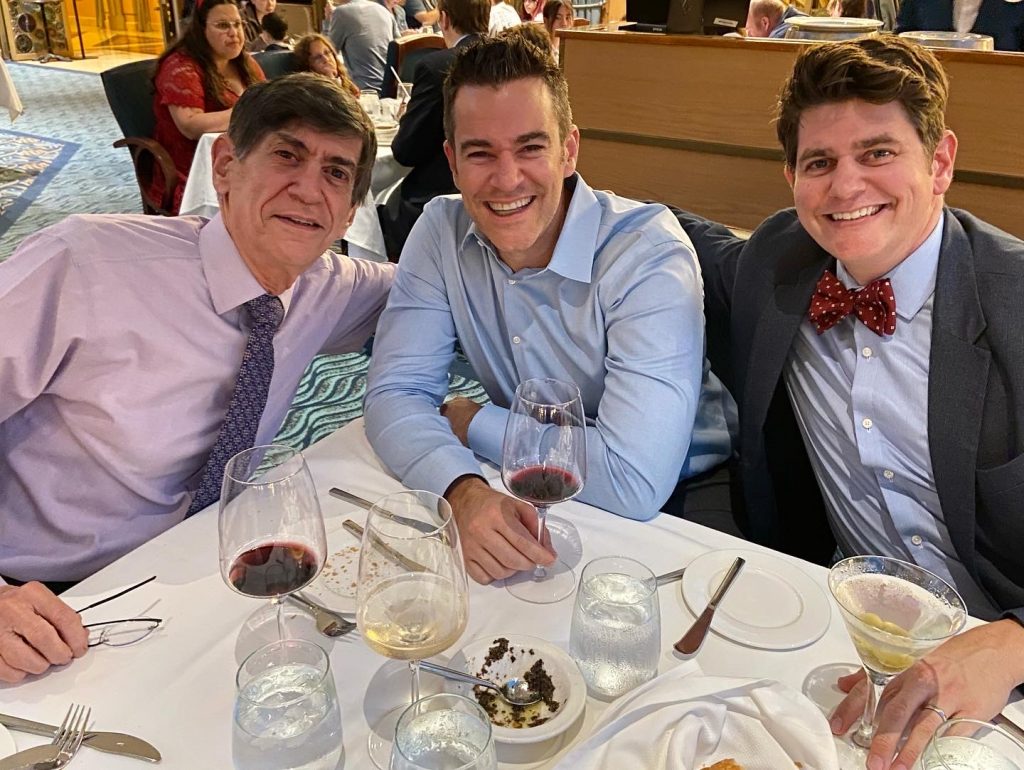 I cannot cap off this post without giving major thanks to Disney Cruise Lines. My time with the company has been nothing short of spectacular, and this latest Thanksgiving cruise with my family certainly solidified the place I have in my heart for Walt Disney and the Disney corporation. I am grateful today and every day for my experiences with the Disney team — and I am equally as thankful for my wonderful, one-of-a-kind family.

I hope everyone had just as magical of a Thanksgiving as I did this year!