We might be in North Dakota, but folks, we’re in a Las Vegas state of mind! I’ve just left the Roosevelt Grand Dakota Lodge in Dickinson, North Dakota, the heart of the CHI St. Alexius Dickinson Foundation 40th Annual Charity Ball. And while I might be far from home, you can bet your bottom dollar Las Vegas flair was everywhere!

What Does it Mean to Be ‘All In’ for CHI St. Alexius?

The Dickinson Foundation has one simple mission — to support the hospitals’ healthcare-related programs with philanthropic donors. For the past 40 years, the organization’s annual Charity Ball has been the instrumental source of funding for the Regional Healthcare System. So, you know the 40th anniversary had to be epic!

The goal this year was to go ‘All In’ in support of local healthcare. To celebrate 40 years of fun and fundraising, the CHI St. Alexius Health Dickinson Foundation connected with me, a Las Vegas entertainer and headliner. Once they hired me, it was straight to Vegas (in North Dakota!) from there on out. 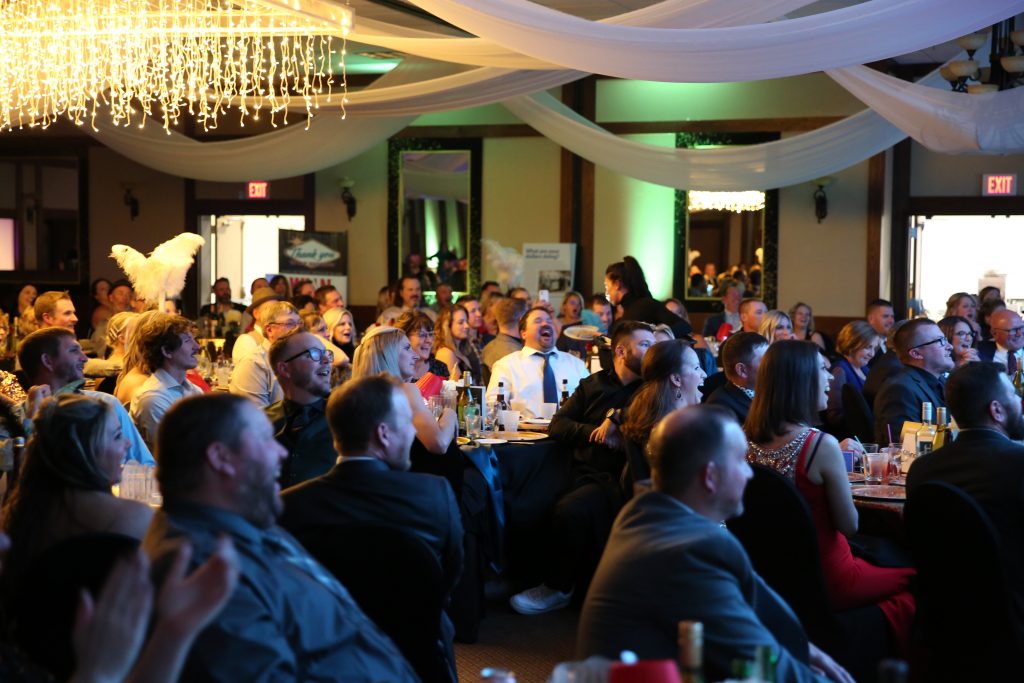 Bright light city gonna set my soul on fire! We brought all the heat of Las Vegas to Dickinson, North Dakota to celebrate the CHI St. Alexius Dickinson Foundation 40th Annual Charity Ball and raise funds for their local regional hospitals. Here’s why a ‘Viva Las Vegas’ theme is a no-brainer for a Las Vegas entertainer!

With more than a decade on the Las Vegas Strip with my own clean comedy variety show, I’m often known on the entertainment circuit as the event emcee with the Las Vegas flair. I’ve become the go-to guy for all things Las Vegas entertainment. And given that practice makes perfect, it’s a sure shot to bet on me as your event theme! 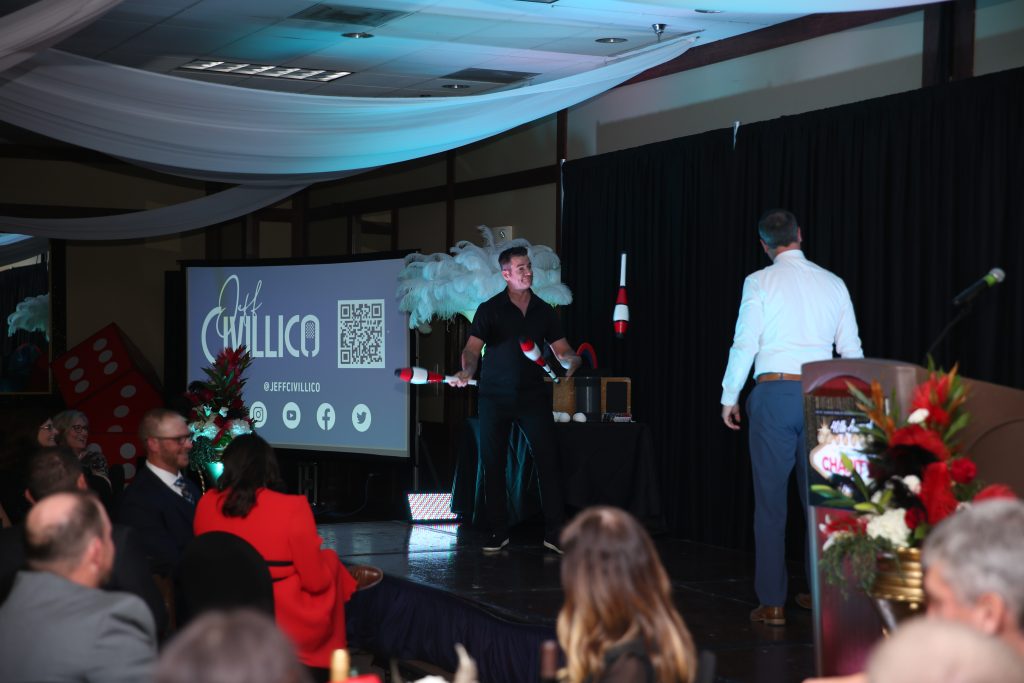 A Las Vegas entertainer makes for the most straightforward event theme possible. While Las Vegas might be known for its glitz and glamor, that’s truly one of the simplest things for event planners to replicate! You can do a casino night shtick and auction package trips to Vegas, or decorate the room with big dice and feather boas. Even the Las Vegas sign makes for iconic guest pictures! The options for styling are endless. 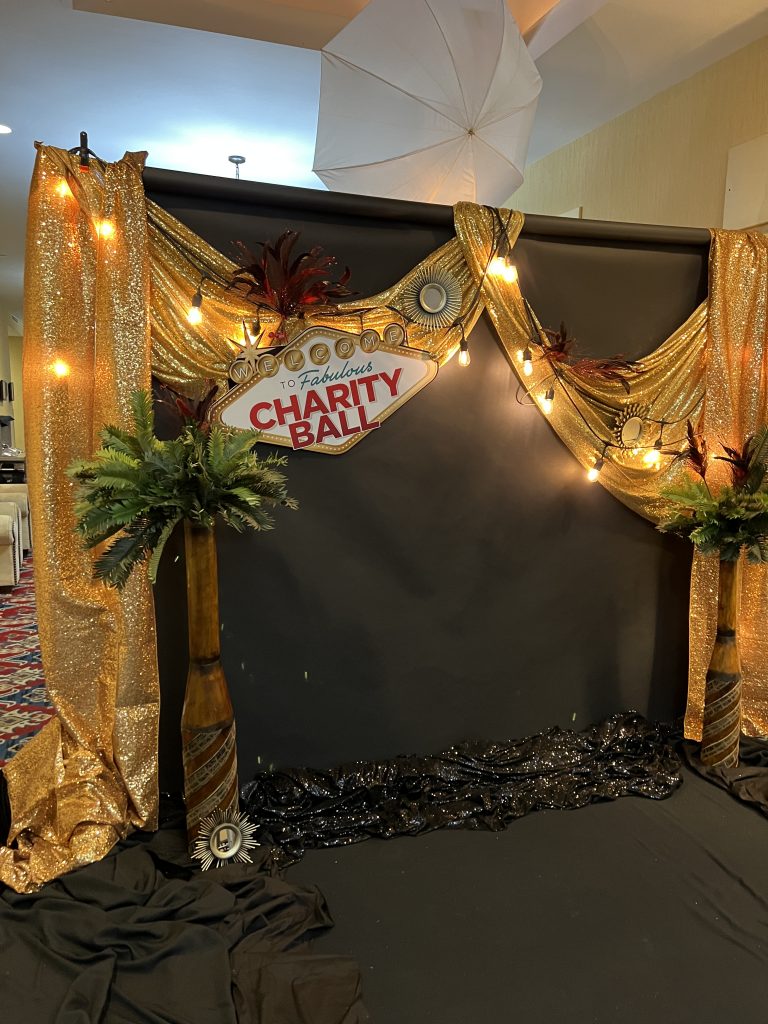 Vegas is known for many things, but one of the most important just so happens to be winning big! At an event like the Dickinson Foundation 40th Annual Charity Ball, where the goal is to be ‘All In’ raising funds, a Las Vegas theme is perfect. It’s simple to explain, the language deals with money and gambling, and there are tons of organic tie-ins to raising funds — especially with me as your event emcee for the evening!

For instance, the CHI St. Alexius Dickinson Foundation created Vegas-themed tiers for the evening’s sponsors, such as:

How to Maximize the Value of an Event Emcee

You might sign me on as your event emcee and entertainer, but I can guarantee you’ll receive much more than just an event moderator. I encourage all of my clients to maximize my value as much as possible and was thrilled to serve in multiple capacities for the CHI St. Alexius Dickinson Foundation 40th Annual Charity Ball!

Aside from being the event emcee coming to perform straight from Las Vegas, I also worked the room to complement the evening’s auctioneer. I engaged donors in the audience, kept the energy in the room high, and streamlined the auction process. I might be your performer, but I also work behind the scenes to enhance your event overall!

“Bringing in Jeff as the guest emcee and entertainer at our annual Charity Ball event was a great decision! Before the event itself, he dove right in – learning our expectations and working with the other individuals running and contributing to the event. He made suggestions to help maximize our guests’ experience and keep the flow of the event on track. I also appreciated his willingness to jump in and collaborate on some technical issues ahead of time, because he wanted to ensure the event went smoothly for everyone. Once the event began, he was 100% on the job – fun, professional, and committed. We loved having him! Thanks, Jeff!” 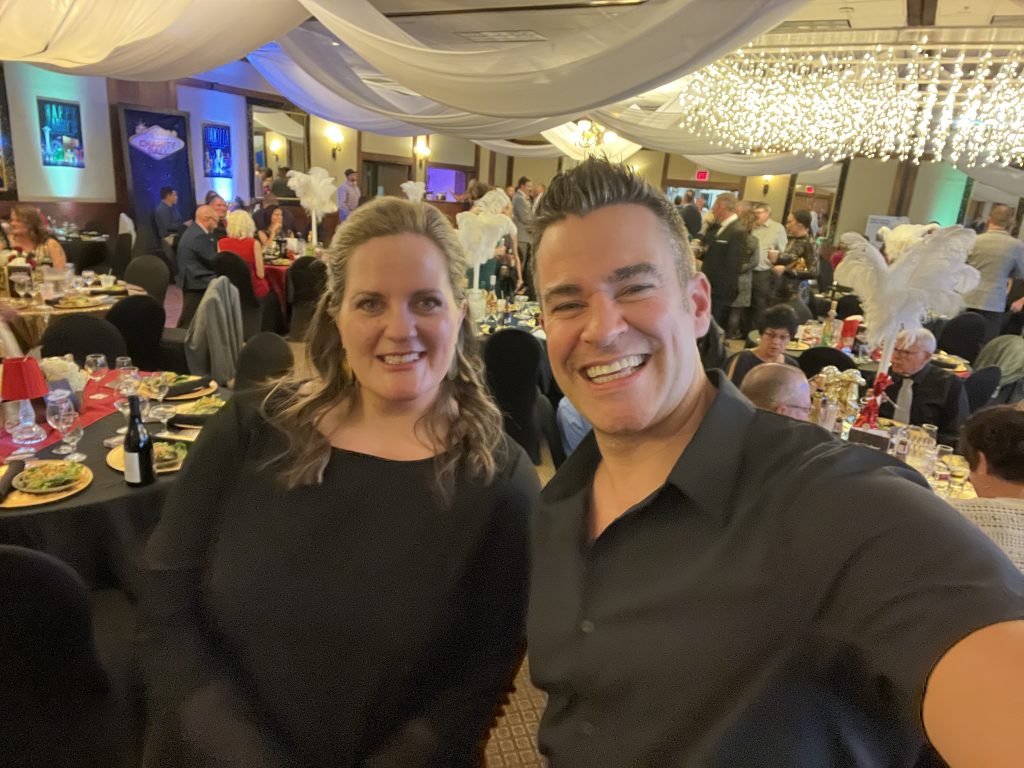 You may be thinking, “How does a Las Vegas entertainer have the deets on North Dakota?” Well, I was actually here not too long ago to serve as the event emcee and keynote speaker for the Bowman County 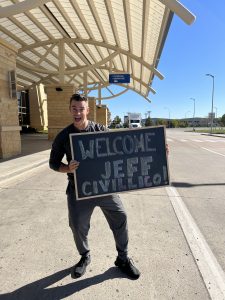 Development Corporation! Who would have thought I would land in North Dakota twice in three weeks for big events?

Thankfully, this travel is one of my favorite parts of my job. And travel is even better when the people are so wonderful! The folks at the Dickinson Foundation not only picked me up from the airport with a welcome sign AND drove me the hour and a half into town, but also gave me Pride of Dakota chocolates when I left!

The Dickinson Foundation was even nice enough to provide me with a car for the day and a half I was in town, and you can bet I explored everywhere I could. From the community gym for a workout to the local restaurant for sushi (which was surprisingly good!), I loved seeing what was new in North Dakota.

Bring the Flair with this Las Vegas Entertainer and Emcee!

Are you ready to hit the slots (more like the stage!) with this Las Vegas entertainer and event emcee? Send me a booking inquiry today! Whether you’re seeking an interactive entertainer who can punch up your event theme or are dreaming of an entire Viva Las Vegas extravaganza, I’m the performer for the job.