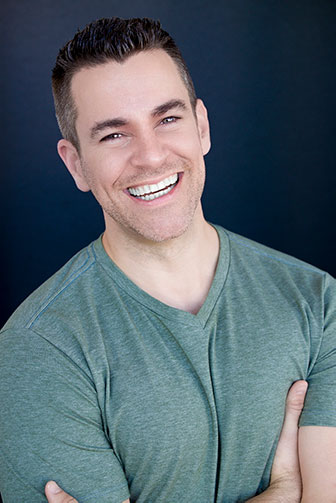 Jeff Civillico recently celebrated a 10-year run on the Las Vegas Strip as a Headliner with Caesars Entertainment at the iconic hotel properties The LINQ, The Flamingo, and The Paris. His clean, family-friendly “Comedy in Action” show remains highly acclaimed: voted “Best of Las Vegas” three years in a row by the Las Vegas Review Journal, named “Entertainer of the Year” by Vegas Inc, and honored by his fans with a 5-star rating on Yelp, Ticketmaster, and Google.

Jeff now takes his renowned clean comedy show to live, virtual, and hybrid corporate events and conferences nationwide. He also serves as a Host and Keynote Speaker. When Jeff is not on stage or on camera, he is working on the continued expansion of his national nonprofit Win-Win Entertainment. Win-Win Entertainment brings smiles to children who need them in hospitals by arranging in-person and virtual visits from performers, athletes, and celebrities.

Jeff has Produced and Headlined his own one-man clean comedy show in Las Vegas for the last 10 years as a Headliner with Caesars Entertainment at the iconic properties The LINQ, The Flamingo and The Paris.

Jeff’s “Comedy in Action” show is highly-acclaimed, having been named: 3x winner of “Best of Las Vegas” by the Las Vegas Review Journal, one of the “Top 10 Things To Do In Vegas” by Total Vegas Guide, and “Entertainer of the Year” by Vegas Inc. See the full list of accolades.

Jeff and his 10-year Las Vegas Residency will be featured in a full-length documentary in the coming months to a streaming service.

Jeff is in high demand in the meetings industry not only as an Corporate Entertainer, but also an Emcee and Keynote Speaker. Jeff has presented for countless companies including Disney, OSHA, AT&T, Verizon, Caterpillar, Grainger, AAA, Honeywell, Culver’s, Auntie Anne’s, Rite Aid, Cisco, and A&W. Check out Jeff’s list of previous clients.

Jeff has extensive TV experience as an emcee and host personality. He has hosted national programs on ABC, NBC, ESPN, Travel Channel, Cooking Channel, etc. He is a regular guest host of “The Morning Blend” on KTNV-Las Vegas.

Jeff is Founder and Chairman of Win-Win Entertainment, a 501c3 national non-profit that brings smiles to children in who really need them by arranging in-person and virtual hospital visits from professional entertainers, athletes and celebrities. Learn more about Win-Win Entertainment.

Jeff is an avid professional member of the National Speakers Association, having served as the Marketing Chair and Membership Chair for the local Vegas chapter. He was honored to serve as the “wow emcee” for the 2021 NSA National Conference in Las Vegas in July.

Jeff is a little crazy! He holds a world record for bungee jumping on his unicycle off a cliff in New Zealand, and goes “joggling” for fun. “Joggling” = juggling while jogging. He raised $5000+ as a team member of “Athletes for Special Kids” by joggling all 26.2 miles of the Disney Marathon.

Learn more about Jeff through his blog.