“The Weekend” Featured in the RJ

Introducing Las Vegas headliner Jeff Civillico at his annual Win-Win Entertainment “Headliners Bash” at Penn & Teller Theater at the Rio two years ago, Penn Jillette referred to the event’s founder as, “one of the two most-successful jugglers in the world.”

Jillette added, “I am the other.”

Civillico laughed, because his 5:30 p.m. show at Bugsy’s Cabaret in the Flamingo is not focused solely on juggling — he’s a great comic and unicycle stunt artist, too. But he cannot escape that juggling description, as his latest away-from-stage project has him keeping multiple projects in the air.

He’s just launched “The Weekend in Vegas,” an hourlong show recorded each Thursday at 9 p.m. at the fountain at The Linq Promenade. The guest list for the Aug. 18 premiere was both robust and rangy, featuring Flamingo star Olivia Newton-John and Venetian headliners Human Nature and hip-hop icon Flavor Flav, who enlivened proceedings by bringing an order of Flavor Flav chicken from the Rockhouse in the Grand Canal Shoppes. 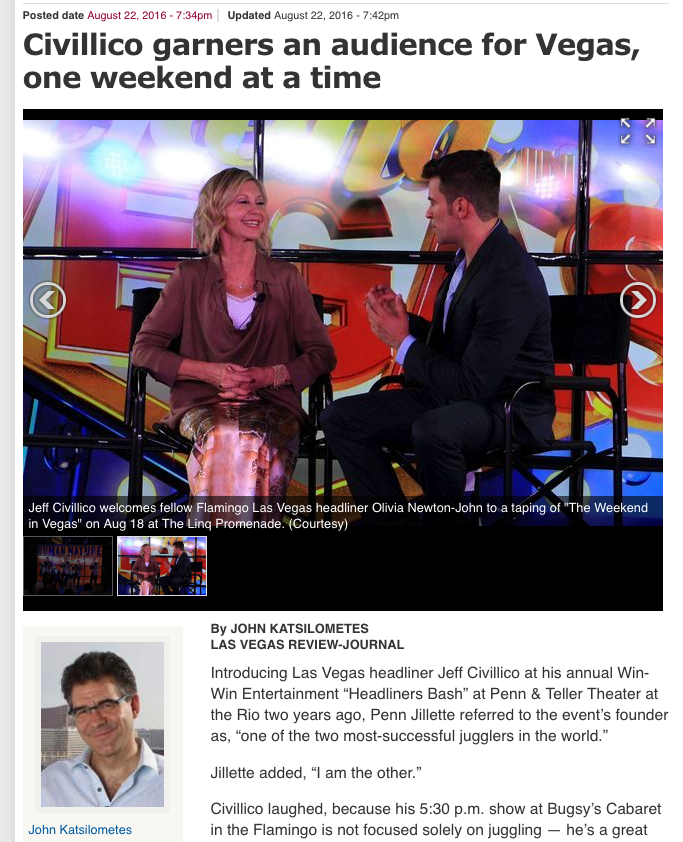