When they say everything is bigger in Texas, they mean the fundraising, too! I just left the Speedway Club at Texas Motor Speedway, where the Children’s Advocacy Center for North Texas raised $1,000,000 for the 12th Annual Champions for Children Gala. That’s one historic way to mark your 25th anniversary, right?

You don’t want to miss the details for this epic event, which not only helped celebrate a milestone anniversary for the Children’s Advocacy Center for North Texas but also helped drive critical resources for a pivotal cause. Tag along as I take you behind the scenes of the Gala, where I was both the event emcee and auctioneer!

What is Children’s Advocacy Center for North Texas?

With a total of three centers across the North Texas area, the Children’s Advocacy manages exceptionally sensitive cases on a daily basis. They’ve handled 1,500 cases of domestic abuse, sexual assault, and other abuse cases in the past year alone, and have honored the lives of 32 children taken by child abuse.

Each day, the incredible team at the Children’s Advocacy Center for North Texas fights tirelessly to amplify the voices of children in the community. They coordinate the investigation of child abuse, provide therapy services to children and their non-offending family members, and advocate for families in need of healing.

How I Landed Double-Duty for Our Fourth Event

The Children’s Advocacy Center for North Texas’ mission is one that’s near and dear to my heart, especially since I’ve worked with the organization three times in the past. I’ve served as the event emcee and entertainer for the organization twice, and even joined the team as their virtual emcee in the midst of COVID-19!

At the last Champions for Children Gala, I played the role of both nonprofit emcee and corporate entertainer. This time around, I served as the nonprofit emcee and auctioneer instead! I love to play double-duty for clients, so this event was the perfect opportunity to flex additional moderator skills for the Children’s Advocacy Center.

Even better, my friends at GDA Speakers, Kerris and Debbie, were at the Champions for Children Gala to watch me do my thing and help raise funds! I recently celebrated a milestone of 40+ bookings with GDA, so it was super special to have Kerris and Debbie there to attend the Children’s Advocacy Center 25th anniversary milestone. 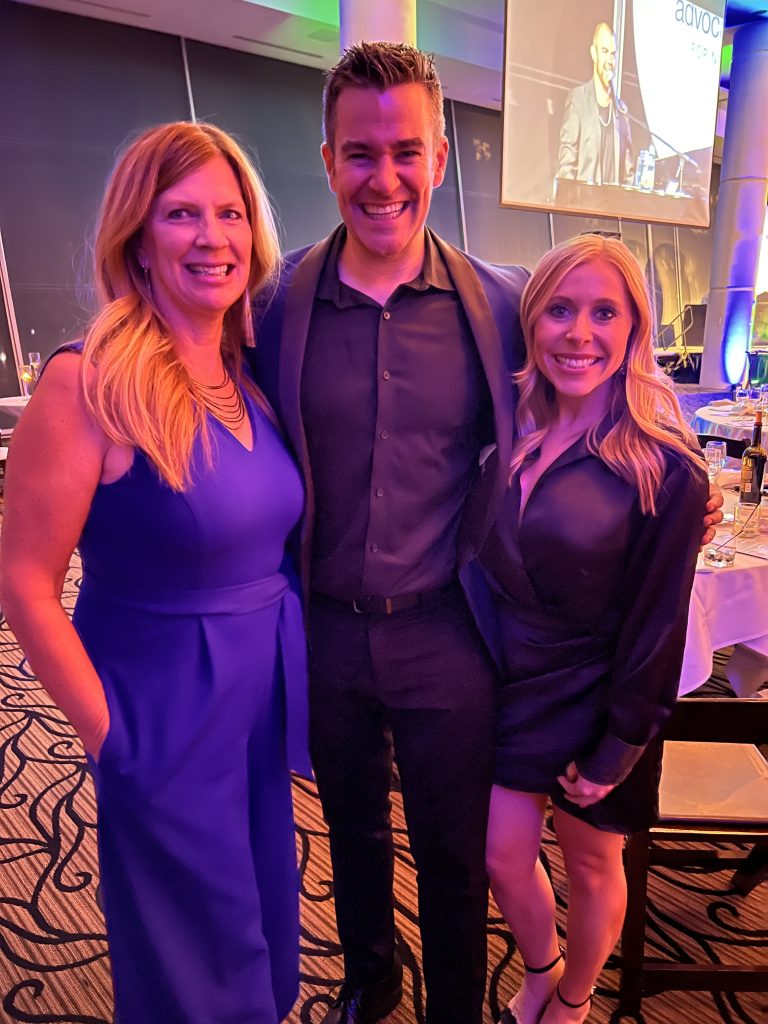 Why a Nonprofit Emcee Makes an Effective Auctioneer

While I’m certainly not an auctioneer first by any means, this event emcee has come to love the art of the auction! I’ve had a blast learning how to reimagine a traditional auctioneer role with my own personal twist. Take a look at why a nonprofit emcee like me is the ideal fit for an auctioneer who can work the room.

1. Power to Educate and Engage

Engagement has become the gold standard for events, and for good reason. Without adequate engagement, it’s impossible to maintain an audience’s attention or fulfill the event’s purpose. However, nonprofit fundraisers require a bit more than engagement alone to get the job done — they need education.

Fundraising events like the Champions for Children Gala will feature a ton of new guests who may not be as fluent in your organization’s mission. You need a method to educate these individuals in a fun, interactive way to encourage their donations. This is where a nonprofit emcee who doubles as the event auctioneer shines.

As the auctioneer at the Champions for Children Gala, I played a few interactive games with guests to refresh them on the organization’s rich history. In particular, I chose the Over/Under game and had attendees guess amounts related to the organization, like the number of board members and children they’ve served. 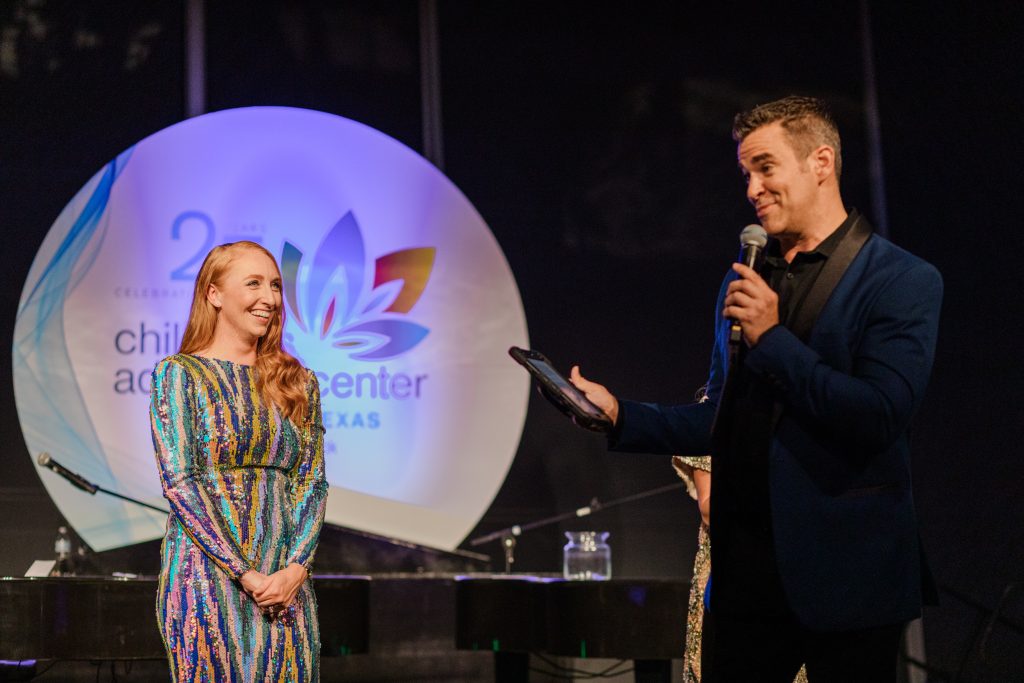 2. Ability to Prepare and Rehearse

Do you know how an auctioneer can be both engaging and educational? With proper rehearsal, of course! Fortunately, an event emcee has already mastered the art of rehearsal to prepare for an upcoming event. Emcees like me understand that practice makes perfect and that an early set-up is the key to success.

We show up early to the event venue to talk through the auction items. We familiarize ourselves with the range of prizes and the layout of the room so we can be as dynamic as possible once the event begins. Being that this nonprofit emcee rose $1 million as an auctioneer, the proof for my preparation is in the pudding! 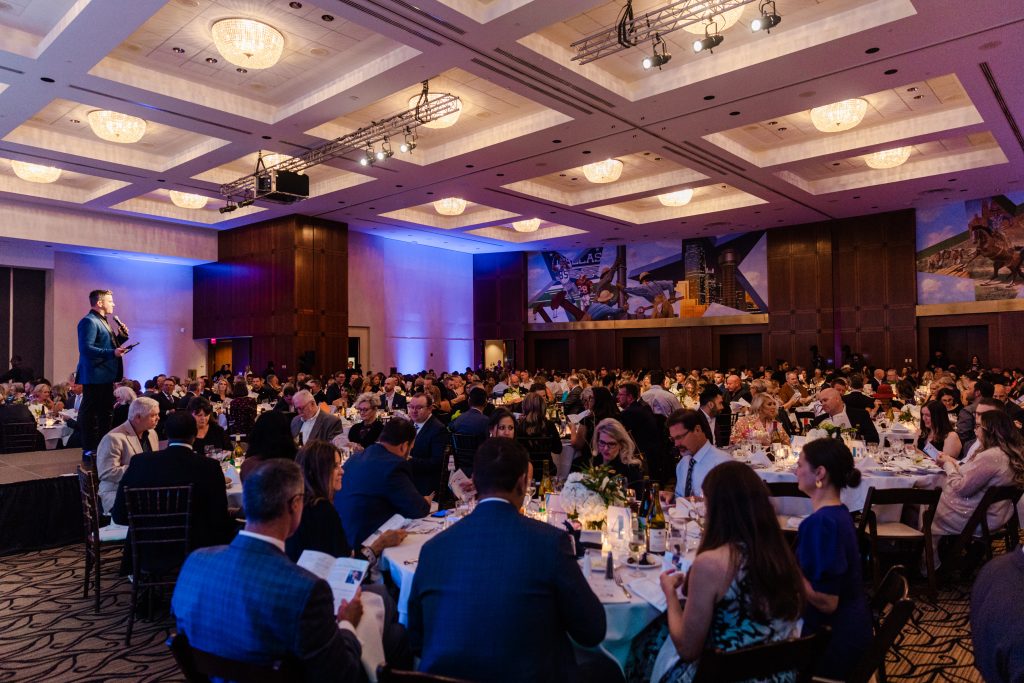 3. Open to Work with Others

Beyond our engagement and preparation skills, event emcees are highly fluent in one other thing — teamwork! As a nonprofit emcee, I work with tons of other professionals on each event, from audio and visual production crews to event planners and fellow entertainers. I’m not only open to working with others, I truly love to!

Case in point? The amazing professional bid spotters the Children’s Advocacy Center for North Texas had at the Champions for Children Gala! With such a loud and large room, the bid spotters were able to keep an eye on every paddle that was raised. It was a joy to work alongside them as the evening’s auctioneer! 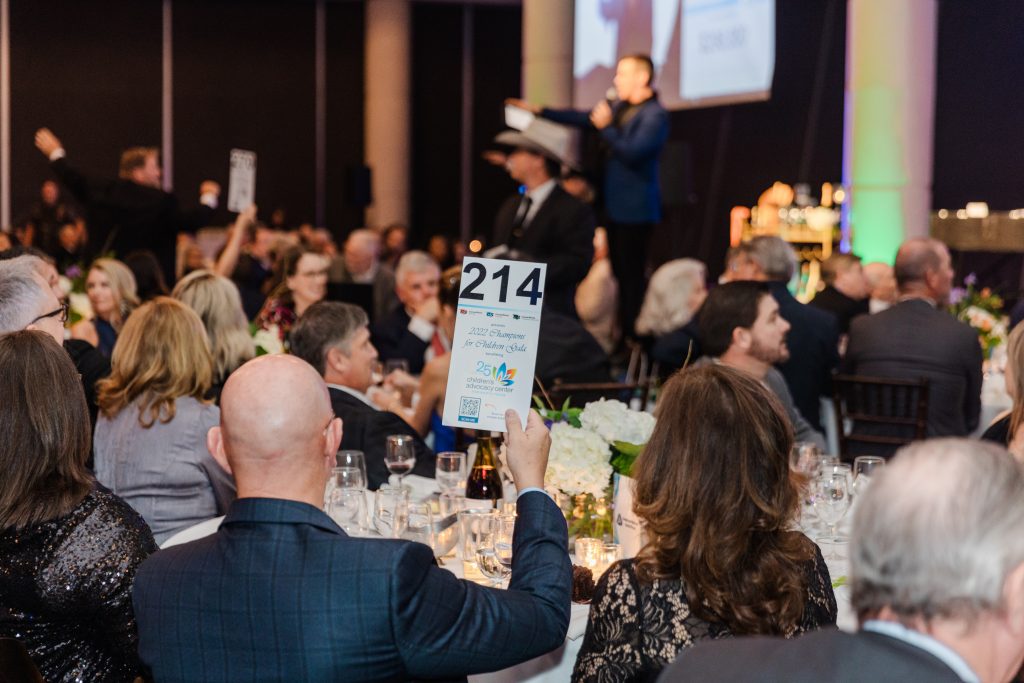 Put the Fun in Fundraising with an Event Emcee

When it comes to fundraising, you need a little bit of fun… even for causes as sensitive as the  Children’s Advocacy Center for North Texas. The key is to remain respectful of the event’s purpose, but still cognizant of attendees’ needs. Luckily, a nonprofit emcee like me can do just that. Whether you’re seeking an event emcee-auctioneer combo or a moderator who can provide family-friendly entertainment, send me a booking inquiry today!