When I tell my clients I’m an entertainer emcee, I really do mean it. After all, I have a decade-long stretch as a Headliner on the Las Vegas Strip with Caesars Entertainment under my belt — along with hundreds of conferences, awards shows, and fundraisers as a professional emcee. So, when I have a client who wants me to step in as the emcee AND the entertainment? I’m all in!

That was the case this past Thursday, May 12, when I had the pleasure of serving as the entertainer emcee for the wonderful people at Thermo Fisher Scientific. I flew to Scottsdale, Arizona to perform a 25-minute show packed with stunts from my infamous “Comedy in Action” set, then transitioned into an emcee role to facilitate the award ceremony for the Thermo Fisher Scientific team.

Here’s a quick glimpse of all the fun we had together in Scottsdale!

Round Two with the Thermo Fisher Scientific Team (Kinda!)

If there’s anything I love more than working with phenomenal clients, it’s getting the opportunity to work with them twice! In this case, I had previously performed for a separate Thermo Fisher Scientific department back in Orlando in 2019. I learned that someone on their event planning team had pushed to have me back this year, and the awesome folks at Rave Speakers made it happen!

In reality, the company has dozens of departments and teams I could do events for (and would do happily!). This year, I headed down to Scottsdale to host and entertain at their smaller-scale company award show. Of course, if Rave Speakers were involved, I knew the production would be on point, and I already had high expectations for this set of Thermo Fisher Scientific employees.

With the impacts of the COVID-19 pandemic still slowly waning in the events industry, I have a habit of calling just about every crowd ‘deserving’ — I mean, after the past two years we’ve had, everyone deserves a bit of entertainment! However, I have to acknowledge the awesome leadership spearheading this recent Thermo Fisher Scientific event.

The typical organizer revealed that she’s usually in charge of not only planning the event but also giving out the annual awards. This year, she said she just wanted to drink some wine, relax with coworkers, and have fun with her team. So, she did what any event planner would do… she hired a guy from Las Vegas to entertain them with a private show and hand out all of the awards!

And you know what? It worked beautifully!

I was able to serve as the group’s entertainer emcee and not only give them a dedicated entertainment set full of Las Vegas tricks but also facilitate the night’s awards. For the same exact money, my client was able to roll an emcee and an entertainer into one — a fantastic idea for other teams who also DIY annual events and want to create a truly unforgettable evening! 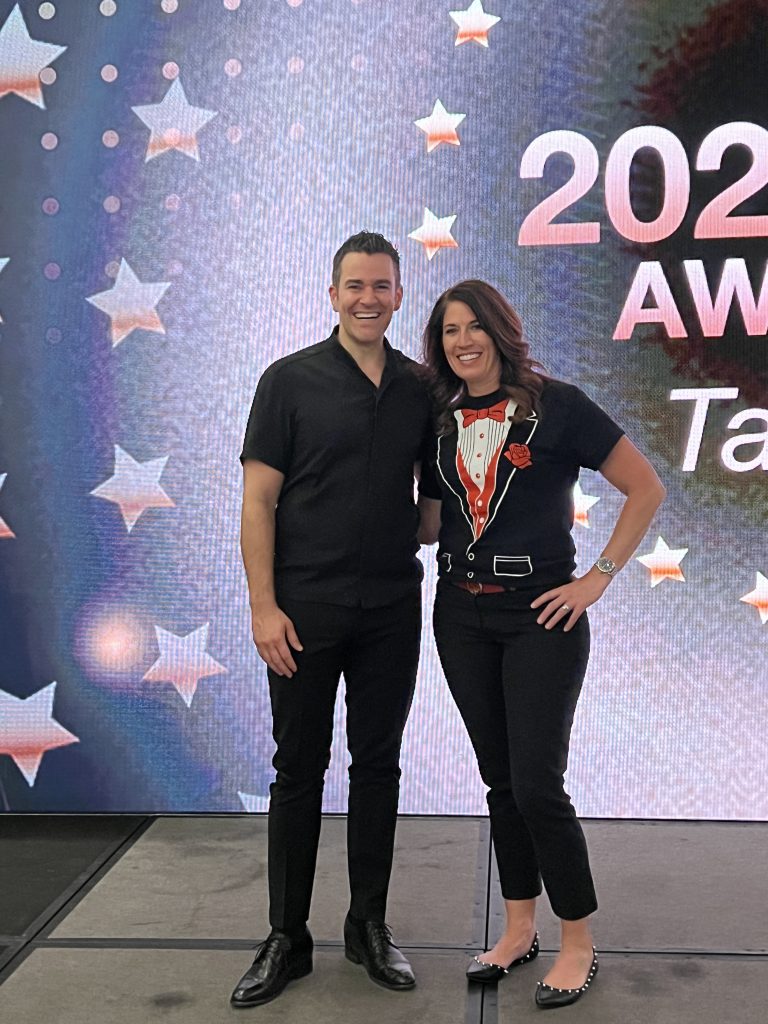 The Perfect Match for this Interactive and Engaged Group

Now, if you know me, you know that “stuffy” isn’t exactly the word people would use to describe me… you know, the guy that rides a unicycle and juggles professionally? While I can absolutely thrive in corporate environments that are looking for an entertainer who can engage an audience, I would be lying if I said my favorite events aren’t those that encourage my type of silly.

The Thermo Fisher Scientific team was the perfect example of a corporate group that has completely nailed a fun company culture. Similar to groups like Zappos or Orange Theory, it’s evident from the moment you interact with these folks that they’re having a great time and genuinely enjoy one another. They were a total joy to be around!

For a company that tackles matters so sophisticated, this bunch had a tremendous sense of humor. Their awards were one-of-a-kind spoofs, like the Charlie Chaplin award for the team member who was most consistently on mute during a virtual call. The prize? A Charlie-approved top hat and cane, of course! This interactive and lively group was the perfect fit for an entertainer emcee like me.

A Dream Gig for Any Traveling Entertainer

If you’re a big sports fan, you might realize that the day of the Thermo Fisher Scientific event, May 12, was also a big day for the Philadelphia 76ers. As a native Philly boy, you already know I was rooting for my team as they faced the Miami Heat in Game 6 of the NBA Conference Semifinals. Well, I was rooting… until the Sixers lost 99 to 90. But all hope was not lost!

I was able to head straight from the restaurant where I was watching the game onto the event stage, where the crowd instantly helped lift my spirits. Another major perk? The Andaz Scottsdale Resort & Bungalows where myself and other attendees stayed. Every person had their amazing bungalow complete with a private patio that offered beautiful views of the mountains. Talk about a dream gig! 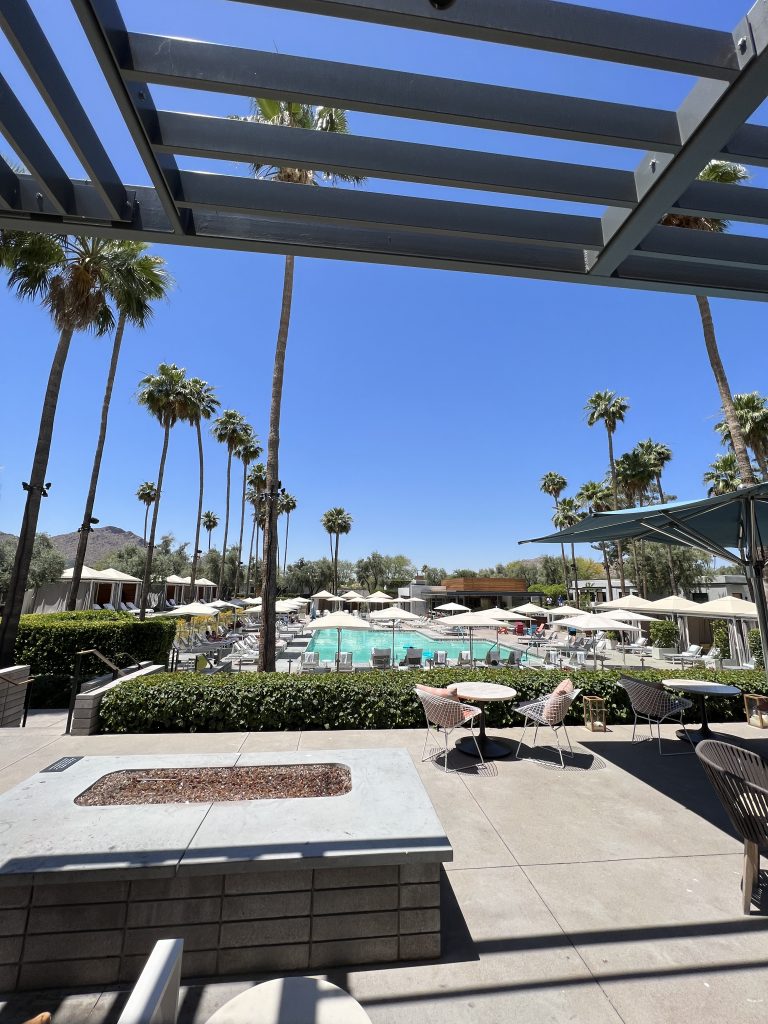 Looking for a Professional Emcee with Entertainment Chops?

If you’re on the hunt for a professional emcee who can keep your event crowd locked in and laughing, look no further than me, Jeff Civillico. I’ve been an entertainer for as long as I can remember, but professionally, my street cred runs deep on the Las Vegas Strip, where I ran my own headlining show for 10 years. Now, I bring my Las Vegas flair straight to you!

From awards ceremonies and conferences to fundraisers and auctions, I have the entertainment chops to keep your event on time, on track, and on theme. What are you waiting for? Treat your employees to a show with style (and an event they’ll remember!) by sending me a booking inquiry today.