Growing up, my parents always taught me that if you’re the smartest person in the room, you’re in the wrong room. There’s always something to learn from your peers — so, you can imagine my excitement when I was invited to be the professional event emcee and moderator for the recent Comerica Bank Ignite Summit 2022! Talk about being surrounded by smart company, right?

Unlike some of my other events, where the focus is on engagement and entertainment, this latest Comerica internal event was all about hard-hitting content. Between Tuesday, February 8 and Thursday, February 10, I was able to glean so much from the Comerica team, who focused on unity, community, and opportunity. Here’s a quick look at how Comerica lit up the Ignite Summit 2022.

Lighting Up the Ignite Summit 2022 with Comerica Bank

Comerica Bank is one of my clients that needs little introduction. As a major financial services company headquartered in Dallas, Texas, I was beyond stoked to be a part of the organization’s Ignite Summit 2022. This event was inspired by Curt Farmer, who assumed the role of Comerica Incorporated and Comerica Bank Chairman on Jan. 1, 2020… weeks before the pandemic began.

Curt has spent literal years now striving to bring all of Comerica’s top leaders together in person. Now that the company has been given the green light to gather in person, everyone was truly lit up (pun intended) to meet at the Ignite Summit 2022. The event was held at the Irving Convention Center and in true Texas fashion, we kicked off with dinner at Hard Eight Pit BBQ.

The next morning, we dove straight into business. The Ignite Summit had a jam-packed schedule in the best way possible, with presentations like Powering-Up a Performance Culture and Leading with an Entrepreneurial Mindset. The event featured an awesome video wall that was not used for PowerPoints (gasp!) but for stunning videos and images that coincided with the event themes, like a timelapse of a plant blossoming as speakers talked about growth rather than a traditional pie chart.

‘Revving Up Revenue’ as the Event Emcee and Moderator

With the top Comerica leaders as my audience, it was time to put my bedazzled Las Vegas entertainer hat to the side and put on my more serious event emcee hat. What this means is that instead of opening the crowd with physical entertainment, like juggling or balancing, I maintained a more serious tone and used my script material to engage the attention of the audience.

Throughout the Ignite Summit 2022, it was my role to be a high-energy moderator. I was on and off stage the entire day, from introducing keynote speakers to running around microphones for question and answer sessions with the audience to announcing the winner of raffle drawings. However, my favorite part of the Ignite Summit had to be my time as a session moderator. 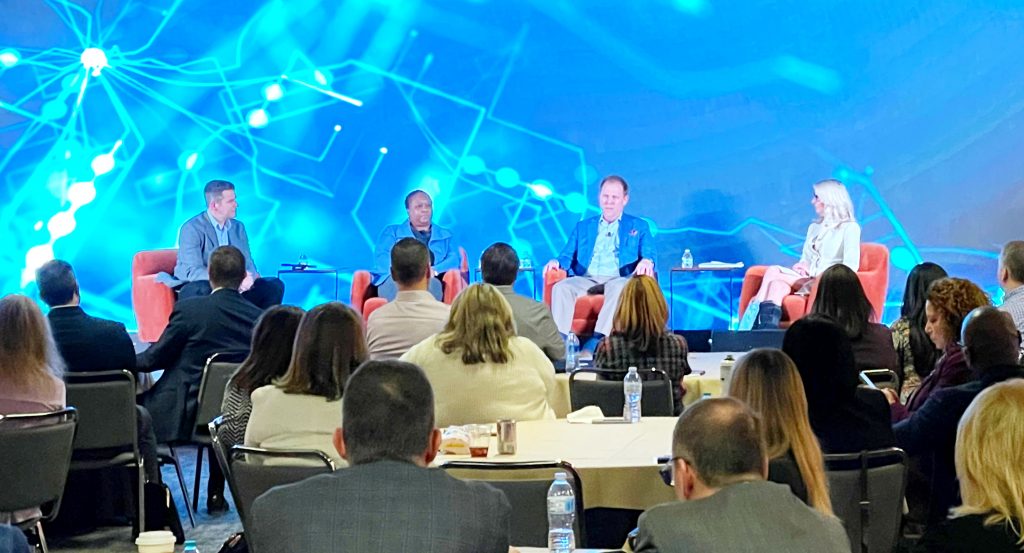 Wednesday afternoon I had the pleasure of moderating a panel called ‘Revving Up Revenue,’ which featured Cassandra McKinney, EVP Retail Bank; Peter Sefzik, EVP Commercial Bank; and Greg Carr, EVP Wealth Management. Like my time as moderator during the Xylem Reach Conference, I learned a ton and was able to facilitate discussion between presenters and attendees.

Adding Just a Dash of ‘Comedy in Action’ for the Crowd

While my primary role at the Comerica Bank Ignite Summit 2022 was to be the event emcee and session moderator, I was able to add a bit of my usual ‘Comedy in Action’ routine for a bit of corporate entertainment as the event was wrapping up. Before Chairman Kurt Farmer took the stage, I grabbed five of my juggling balls to close out the show.

Running with the same themes of the Ignite Summit, I mentioned to the audience how difficult it can be to balance accountability, opportunity, entrepreneurship, unity, and transparency — a fair number of balls to keep in the air, if you will. As the lights dimmed, all the audience could see were the red streaks of the juggling balls igniting the stage… which really lit up the crowd!

Last but certainly not least, one of the highlights for me — and the Comerica crowd — was seeing my pal Mike Abrashoff! He delivered a keynote titled ‘Achieving Breakthrough Performance,’ which drew from his incredible first-hand experiences as a Naval Commander, leadership and teamwork expert, and NY Times Best-Selling Author. 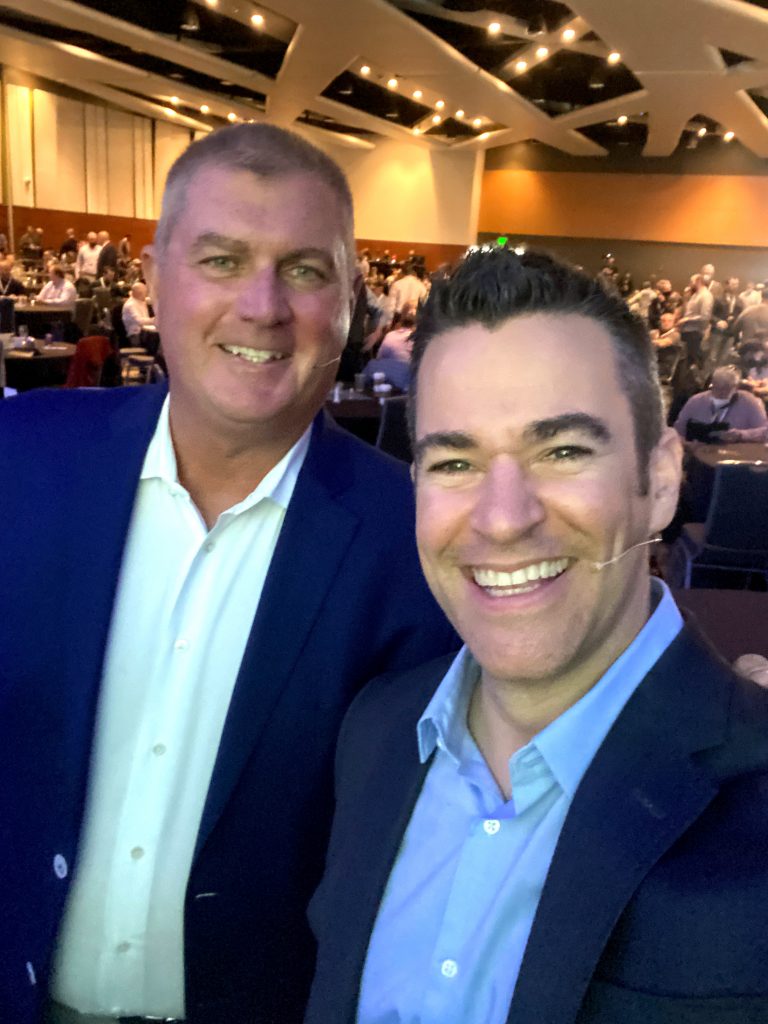 I recently bumped into Mike at Clyde Live 2022, a conference where I was also the event emcee and he was a guest speaker. When I last discussed Mike on the blog, I mentioned that he’s hot right now on the speaker circuit, so it was no surprise bumping into him just one month later! It was awesome to see Mike in action once more and to hear his truly inspirational story.

Are You Enjoying Live Events as Much as This Event Emcee?

So, are you as ecstatic about live events being back on the circuit as this professional event emcee? I sure hope so… especially if you’ll be part of the Comerica crowd I’ll get to see again this September! And no worries about pandemic safety — not only was I tested before I even left Vegas to fly to Texas, but all event attendees were also tested on-site before the event began.

In other words, the time has come for us to safely join together again. Now is the time to start planning an event that can reignite the excitement for your team members, much like Kurt Farmer did for his fellow Comerica leaders. If you’re ready to bring back live events for your crew, be sure to send me a booking inquiry today to lock in the best event emcee in the game!