Good night, Mandalay Bay and thank you, Las Vegas! After three virtual events over the past two years, the annual Juvenile Diabetes Research Foundation (JDRF) Hope Gala finally made its way back to the ballroom on Friday, May 13 in a major way — and by major, I do mean a whopping $1.3 million in donations to find a cure for type 1 diabetes! Way to go, Las Vegas!

I recently had the honor of serving as the virtual emcee for the JDRF Las Vegas Chapter for all three of their previous online events. Now, an entire two years later, I could not have been more excited to be in the Mandalay ballroom hosting the group in-person! The night was truly a massive success, and I am so looking forward to sharing the details with you all.

But First, More About the JDRF Mission

The Juvenile Diabetes Research Foundation, better known today as JDRF, is a global organization that has been leading the fight against type 1 diabetes (T1D) since 1970. Previously referred to as “juvenile diabetes,” T1D is an autoimmune disease that strikes both children and adults equally. Right now, nearly 85% of people living with the disease are over age 18.

JDRF helps to remove the misconception that T1D is only a childhood disease, and also funds research that improves life for people at all ages and all stages of the disease. The organization provides an incredible support network for millions of people around the world impacted by T1D, and I was so happy to support their cause as event emcee.

In fact, the JDRF mission is something admirable — improve lives today and tomorrow by accelerating life-changing breakthroughs to cure, prevent, and treat T1D and its complications. Since the Las Vegas chapter had not met in person in over three years, I knew this group and I would show up for the mission in a big way… and that we did!

Mission Success to ‘Spur the Cure’ for T1D

While every nonprofit fundraiser has a mission to honor throughout the evening, most galas also dedicate the event to a particular person or family near and dear to the cause. This Friday, the JDRF Hope Gala was held to celebrate the Adams family, who represented three generations of doing business in Las Vegas and supporting our community.

The Adams family have been generous donors to many institutions over the years, but their support of JDRF was personal. As an authentic old Vegas family, the Adams brought the theme of Spur of Cure for Type 1 Diabetes, complete with a country Western theme. Attendees arrived in country chic fashion (I donned a cowboy hat at some point!) and we set out to raise money.

The goal of the evening was to raise $1 million — and we crushed that goal with a final tally of $1.3 million! In between auction items like trips to Barcelona and private jets to Tahoe, an amazing country music band played to keep the crowd energized. The auctioneer and I bantered the entire evening, and the fantastic team at BESTAgency had the event produced without a single hitch! 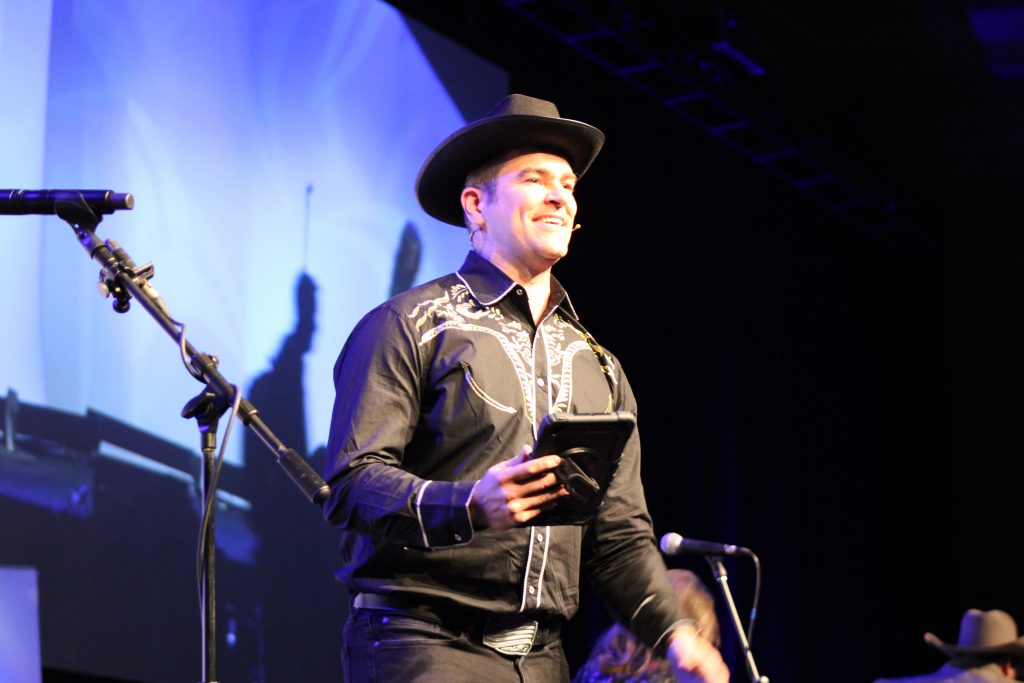 How a Nonprofit Emcee Supports the Mission

An event emcee is a must-have to keep any function on-time, on-task, and on-theme. However, not just any emcee understands the intricacies of nonprofit fundraising. As an event emcee and the chairman of my own Las Vegas nonprofit, Win-Win Entertainment, let me explain why an emcee with nonprofit and fundraising knowledge is a better fit.

1. Helps to Educate and Engage the Crowd

When you’re dealing with topics as sensitive as T1D, a condition that puts people at risk for potentially life-threatening hypoglycemic and hyperglycemic episodes as well as devastating long-term complications, you cannot simply gloss over the mission. Rather, it’s a must to educate the crowd as much as possible, so they can truly recognize why their support is so vital.

A nonprofit emcee understands how to educate a group of donors without sounding patronizing or insensitive to the cause. They can follow script prompts like a regular event emcee, and even read certain lines verbatim. But unlike other entertainers, a nonprofit emcee can also engage the crowd, so the event feels less like a lecture and more like an empowered community effort.

2. Remains Positive and Honors the Cause

It’s paramount for every event emcee to honor the fundraiser mission However, there’s a way to be serious about the mission without becoming overly somber. There should never be a point where the event feels depressing — the event always should be inspiring! A nonprofit emcee understands how to honor the reason for gathering but still keep the energy in the room positive.

3. Understands How to Tactfully Raise Funds

Let’s be real, sometimes it can be intimidating asking for donations, especially when the crowd is as large as the Mandalay Bay ballroom. Fortunately, a nonprofit emcee is adept at tactfully raising funds. A nonprofit emcee like me can serve as the auctioneer and the emcee, or simply work side-by-side with an auctioneer for the best results possible.

As a nonprofit founder and chairman myself, I’m certainly no stranger to asking for donations, especially when I’m passionate for the cause. Win-Win works to bring smiles to children in hospitals with the power of laughter and entertainment, and I’ll always go to bat for my organization. So, you can bet that I’ll bring that same fire to your organization and your mission, too! 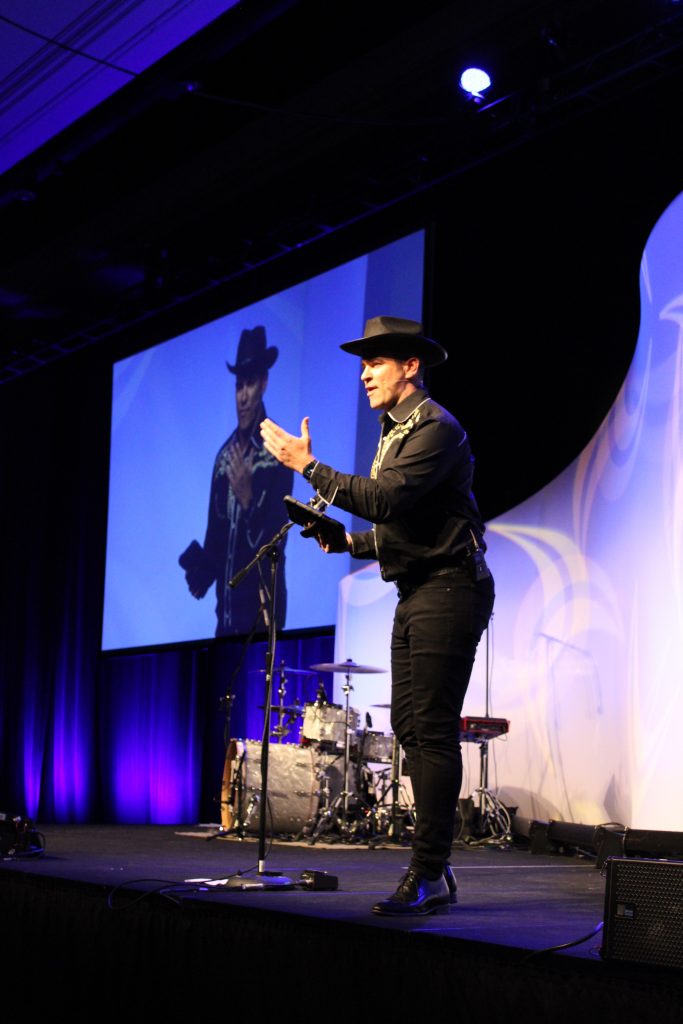 It’s fairly common for large scale fundraising events such as the JDRF Hope Gala to feature a Las Vegas celebrity of sorts, such as a local news anchor. While I’d never consider myself a celebrity per se, I am a prominent figure among various Las Vegas nonprofit organizations, and I often know a ton of different attendees and donors from my years in the city. When hosting nonprofit galas in Vegas, it’s always helpful to tag in an event emcee with a community connection — like me!

Let This Event Emcee Help Raise Millions for Your Mission!

Can you believe it, folks? $1.3 million for the fantastic mission at JDRF! I am so honored to have been involved with such a wonderful evening. Now, I want to help your nonprofit organization do the same! If you’ll be hosting a nonprofit fundraiser or gala in the near future — in Las Vegas or otherwise — send me a booking inquiry today. I would love to help raise funds for your mission!