Live emcee bookings are back, baby! Tomorrow I will once again be hosting in front of real, live people. I will be serving as one of three emcees for the National Speakers Association INFLUENCE 2021 Conference in the Octavius ballroom at Caesars Palace and I 👏 cannot 👏 wait!

It’s been a long 15 months of virtual events — and I’m sure you feel the same! While I am grateful for pivoting to become a virtual emcee, live event emcee work will always be my preference. There’s a certain energy that comes with live events that simply cannot be duplicated by virtual events.

After the past year and a half, I know my readers know exactly where I’m coming from. So, I’m beyond excited to share the details about my first live emcee event in 15 months, why I’m thrilled that it’s with the National Speakers Association, and why I love being a live event emcee.

It’s no secret that 15 months is a seriously long time. I don’t really need to explain how long these past few months have felt, because I know you’ve experienced it, too. When you add a lack of interaction with friends and family into the mix, those months honestly feel like a millennium. So, you can definitely relate when I say that 15 months away from the stage felt like torture!

Of course, the lack of live events over the past 15 months was to the benefit of all involved. While it definitely stunk, it was much better to be safe than sorry! That’s just one of the reasons why I jumped at the opportunity to transition into virtual emcee events for a bit — simply because I knew we could keep up morale, drive company goals, and engage with one another safely virtually!

However, throughout that entire 15 months, I could not shake my love for live emcee events. I’m a showman to the core, having spent more than a decade on the stage in Las Vegas and calling the Vegas Strip my home. Though virtual emcee opportunities were plentiful (and plenty of fun), every bit of me was waiting until I could interact with audience members in person again.

Finally, that opportunity has arrived! And I could not be more honored and elated to hit the stage as not just a live emcee, but as a WOW emcee! Let me tell you a bit about how that came to be.

What to Expect from the WOW Emcee at This Live Event

From July 10 to July 12, I will be serving as co-host for the National Speakers Association’s signature INFLUENCE 2021 event. This year’s hybrid event will feature three emcees:

The best part? The event is taking place on my home turf at Caesars Palace in Las Vegas! Can you talk about awesome timing? I’ll finally be hitting the live stage again — performing for actual live people — in one my most favorite places in the world! I truly could not have asked for a better live event emcee role than this one to break me in after 15 months away from the stage.

Plus, since we’ll be rockin’ it in my home of Las Vegas, I plan on bringing in tons of my friends to share their talents and messages on the main stage. Consider this your spoiler alert folks! You can plan on hearing the wise words of Nehme E. Abouzeid and Donald Ross, as well as the insane tricks of Vittorio and Jenny Arata, Vladimir and Nila Dogvan, and Elena Sanders!

In other words, the audience at the INFLUENCE 2021 event is in for some major laughs, crazy talent, and awe-inspiring keynotes. I’m so honored to play a role in this event as one of the three live event emcees, and even more honored to be representing the National Speakers Association at what’s also their first live event in ages!

A Bit About the National Speakers Association

I simply cannot round out this post without giving a shout out to the National Speakers Association. I’m a proud member of the NSA, and have been for several years. This organization has done so much for me throughout the time we’ve worked together, and has introduced me to incredible people that I’ve learned an incredible amount from.

Truthfully, it’s no surprise that the National Speakers Association tagline is “Leveraging words to lift the world.” That’s exactly what they do! The fantastic team over at the NSA constantly empower professional speakers to not just thrive, but to influence — which we will dive into in great detail about at our upcoming INFLUENCE 2021 event!

The National Speakers Association makes a point to actively recognize, celebrate, and teach excellence in both the art and business of speaking. Words cannot express how proud I am that they’ve selected ME to join in on their mission at their latest event. For INFLUENCE 2021 to be my first live event emcee role in 15 months is truly a dream come true.

Tune in for My Latest Live Emcee Event!

Have you gotten your tickets for the National Speakers Association INFLUENCE 2021 Conference in the Octavius ballroom at Caesars Palace? If not, don’t forget that the event will be hybrid, meaning you can tune in right from home, no matter where you are. I hope to see you at my first live emcee event in ages, and can’t wait to share some smiles in person! 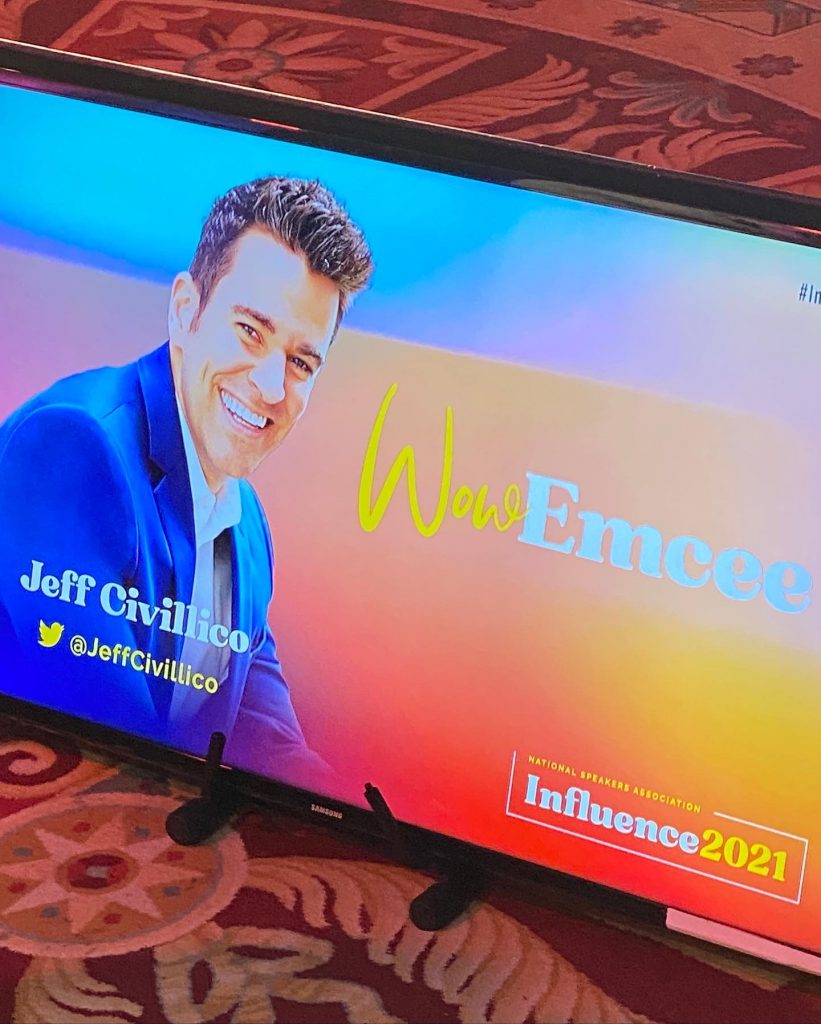 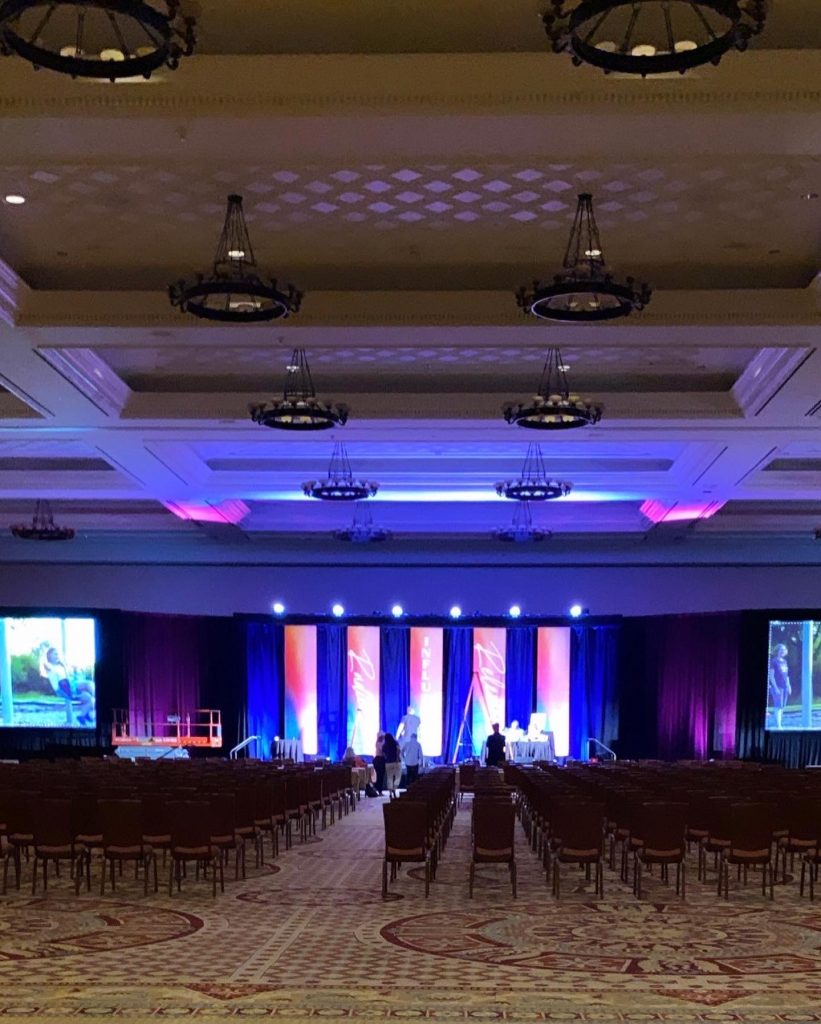 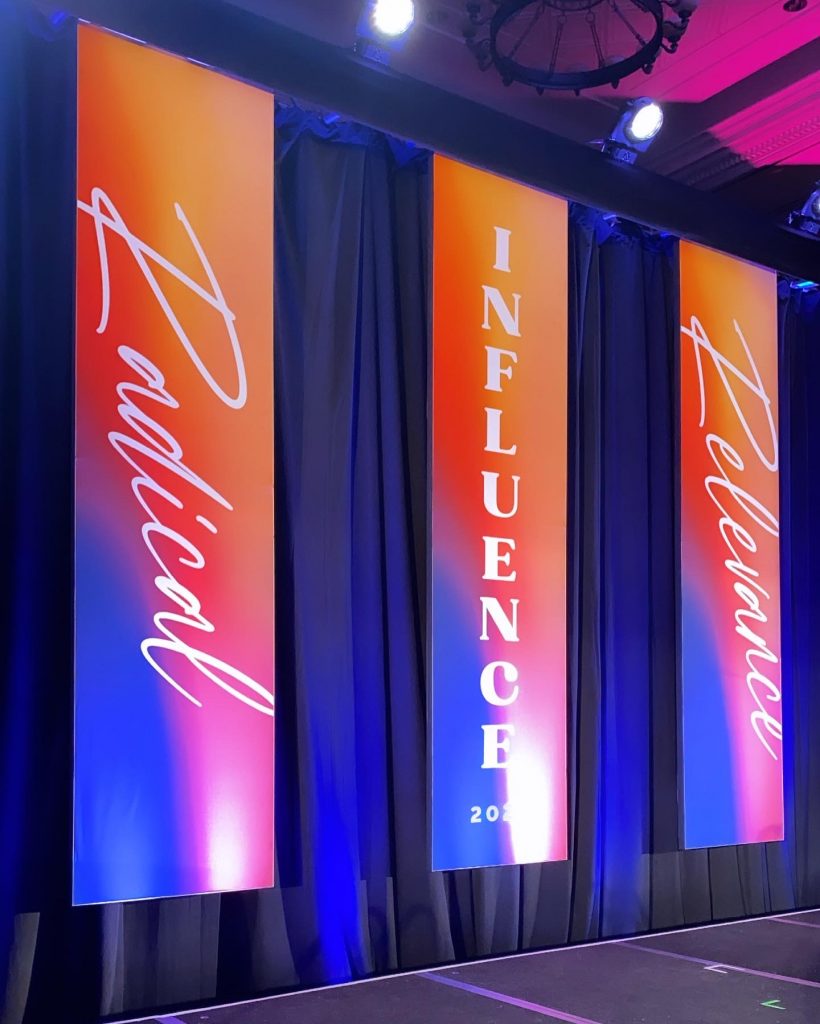 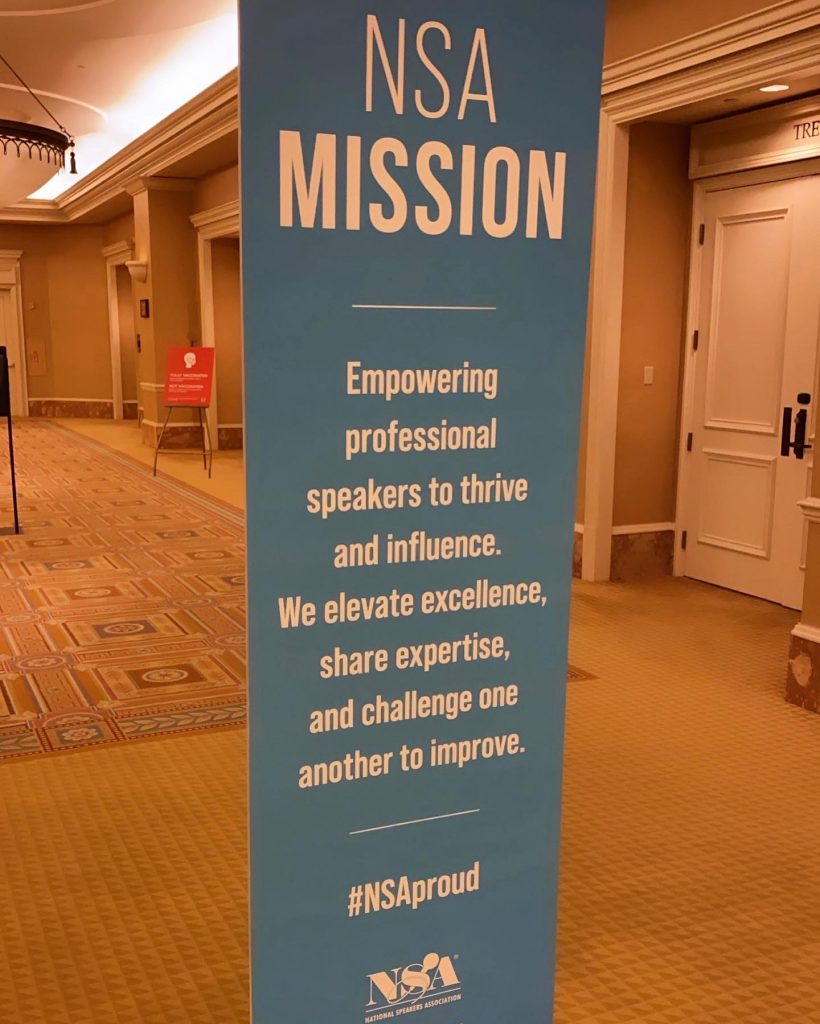