From the Skies to the Keys with Zero-G

Space, the final frontier. These are the voyages of the Zero Gravity Corporation, its mission to explore strange new heights, to seek out new discoveries and possibilities, to boldly go where no juggler — err, man — has gone before… until now! I’ve traveled from zero gravity back to sea level for the first-ever Zero-G in-person retreat!

Some of you may remember when I took to the skies with the Zero-G team to experience the only commercial opportunity for true weightlessness without going into space. Now that we’ve been back on solid ground, I’ve been invited to serve as the keynote speaker for the team’s first in-person gathering, not just in 2023, but ever!

Take a look at the new heights I went to (literally!) to customize my keynote for the Zero-G team.

Soaring to New Heights with the Zero-G Team

Back in January of last year, I received a LinkedIn message from the team at Zero-G, who challenged me to juggle in zero gravity. If you know me, you know that I can never turn down a unique challenge! So, fast-forward a few weeks, and I found myself totally weightless on the G-FORCE ONE, a modified Boeing 727-200.

I knew before my feet even touched back on land that Zero-G doesn’t only power the coolest, most out-of-this-world adventure ever but also the best corporate team-building event of the century! I also learned that the Zero Gravity Corporation has astronomical plans for the future of its small-scale aerospace company.

In fact, Zero-G has officially earned a designation as its own Part-121, Federal Aviation Administration-certified airline, bought a second Boeing 727-200 to offer flights on both coasts, and made incredible strides to bring zero gravity to the masses! The company is continuously advancing in every meaning of the word.

But as a remote-only team, it was time to gather the employees to envision the future of the organization together. That’s where I come back into the picture! I was invited to serve as the keynote speaker for the first-ever Zero-G in-person team retreat in Duck Key, Florida to help ignite connection among the group.

With so much in the pipeline for the Zero-G team, the excitement was sky-high when we all arrived at the retreat… one could even call it zero gravity high! As I geared up to deliver my keynote, I realized there were three reasons why the excitement had reached such great heights: the company, the location, and the people!

Zero-G is hands down one of the coolest companies ever — and I’m not just saying that because they practically took me to space! Really, Zero-G is so much more than just a bucket list experience to feel like an astronaut for a day. What they do for science, discovery, and humanity is truly revolutionary, and I don’t say that lightly.

The team at Zero-G trains actual astronauts, working alongside major corporations like Blue Origin, SpaceX, and you guessed it, NASA. They use insane aerobatic maneuvers called parabolas to help research teams experience Lunar gravity, Martian gravity, and total zero gravity. They are truly at the forefront of this new frontier! 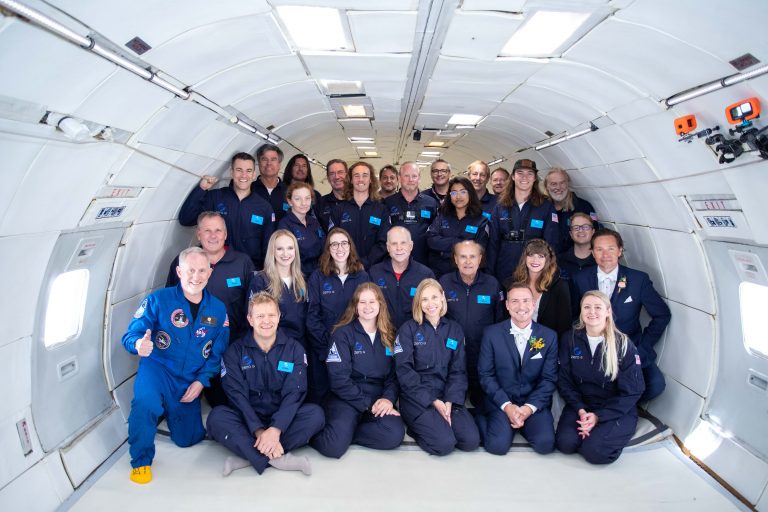 The coolest company deserves the coolest event location and Zero-G hit that nail on the head! The 2023 Zero-G team retreat was held at the Hawks Cay Resort in the beautiful area of Duck Key, Florida. Despite how much I travel, I was still in awe of this venue, the stunning scenery, and awesome Florida weather!

I talk a lot about how the venue contributes to the overall event experience. The Hawks Cay Resort did a fantastic job of creating a retreat-style environment away from the normal hustle and bustle. The best part? The venue overlooked the crystal blue water, a stark contrast to event ballrooms with no windows or natural light! 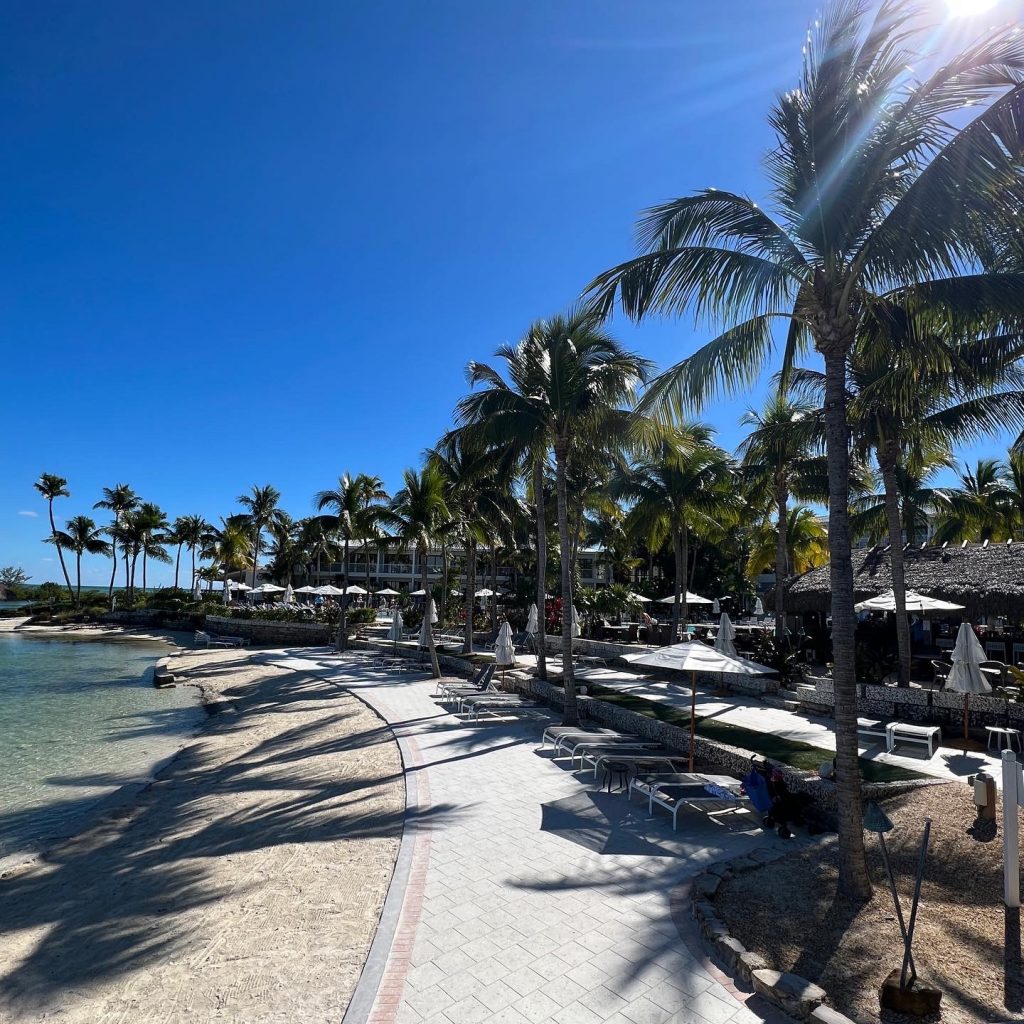 While it’s true that the sheer size of larger groups can spark excitement at an event, the same is to be said about a smaller crew, like the Zero-G team. It’s not usual for me to deliver my keynote to upwards of 300, 500, even 800 people — but not this time! This retreat was for 40 of the Zero-G remote employees and leadership.

With only a few dozen attendees, the retreat felt leaps and bounds more intimate with tons more opportunities to drive real connections. Being that it was the team’s first time gathering together, the smaller setup of six event tables made for tons of moving personal stories that created a powerful dynamic in the room. 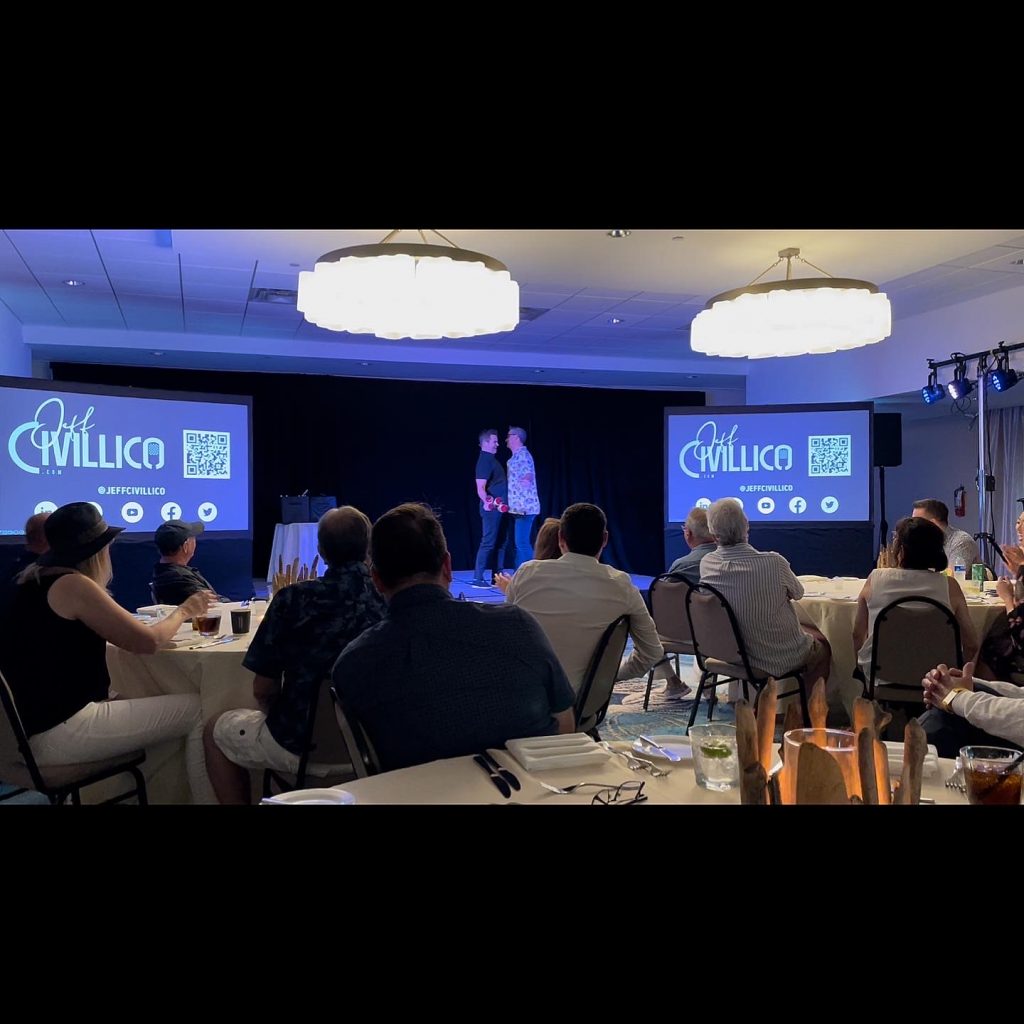 Speaking of driving real connections, I have to give a shout-out to the Zero Gravity Corporation for the incredible conversations that took place throughout the retreat and, in particular, during my keynote, Work That Matters! Work That Matters is meant to spark a renewed passion in attendees’ everyday life, with a focus on why they chose their specific career path or company. It’s very striking among purpose-driven groups, like Zero-G.

In the short time we spent together, I was able to help the Zero-G team reflect inward on what they do for science, discovery, and humanity. I drew parallels between my work as a corporate entertainer and an unexpected position as Chairman of my nonprofit Win Win Charity to their integral aspect in exploring space and AstroAccess, their project dedicated to promoting disability inclusion in space exploration.

Beyond the glitz and glamor of zero gravity exploration lies an unbelievable philanthropic effort  — something I relate to as a Las Vegas performer who helms a children’s nonprofit. I was able to forge real connections with the audience, sharing how there’s so much more to our respective careers than what meets the eye. I was even able to grab dinner with attendees after my keynote, where we shared tons of stories and laughs! 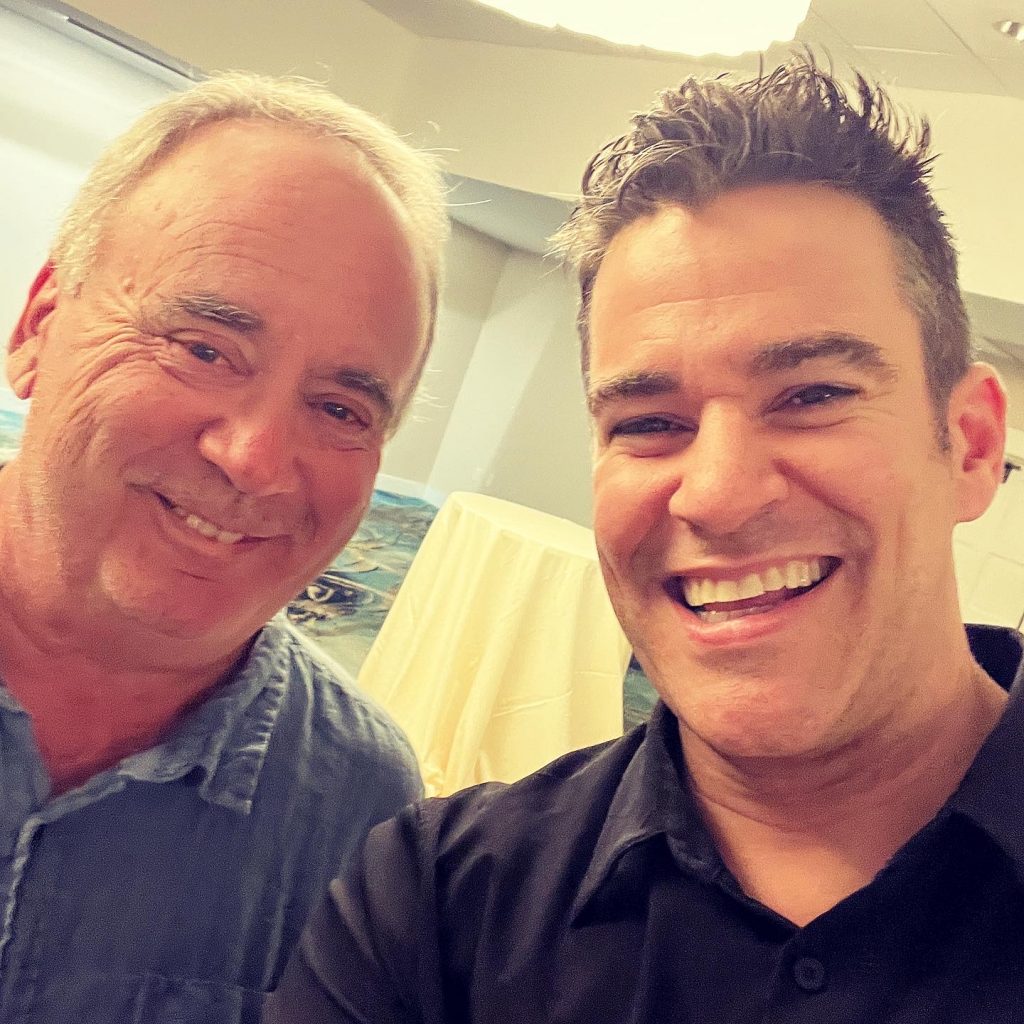 My time with the Zero Gravity Corporation is just one example of the heights I’ll go to for my clients… literally! If you’re ready to explore new frontiers with this keynote speaker (or just evoke some out-of-this-world connections), I’m ready to explore new dimensions to get you there. Send me a booking inquiry today to get started!