Home for the Holidays with Disney!

Miiiickey, I’m hooome! It was a blast to return to Disney Cruise Line as a Guest Entertainer this past week to celebrate Thanksgiving on the sea. I’ve been performing on and off with Disney Cruise Line as a Guest Entertainer for many years — 15 to be exact! I make it a point to still hop on board with Mickey and friends at least two times per year, and each time feels like I’m home for the holidays.

There’s something so special about heading back to see all of my old pals that truly feels like a return to normalcy for me, especially since my last Disney cruise was New Year’s 2020 B.C. (that’s short for Before COVID). I’m so grateful that Disney has always been accommodating of my Las Vegas and corporate schedules, and could not have had a better Thanksgiving with friends new and old.

Here’s a quick recap of my trip “home for the holidays” aboard The Wonder with Disney Cruise Line!

Me and Mickey Mouse Go Way Back 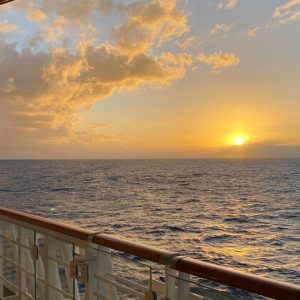 Many of my blog readers know me as Jeff Civillico, professional event emcee and Las Vegas entertainer. What many don’t know is that before I was landing gigs around the globe, I started at the happiest place on earth — Walt Disney World! I first started working for Disney in 2006, just one year after graduating from Georgetown University (Hoya Saxa!).

After a few months of working as a Boardwalk Busker in Downtown Disney, I just knew it was a great fit for me. So, I packed up shop and permanently moved to Orlando, Florida in 2007, where I joined other jugglers, magicians, and musicians on Disney’s BoardWalk. Though I never worked in the actual parks, I was subcontracted as a Disney vendor to work as a Guest Entertainer at Disney event groups, special events, and of course, cruises.

Disney Quality is Ingrained in What I Do

Though I was just 23-years-old when I started working for Disney, I can say with full confidence that I owe the company a great deal of credit when it comes to how I honed my craft as a performer. Walt Disney World is known for ultra high-quality entertainment, and that level of quality really helped me find my voice when I was first starting to package myself as an entertainer.

At the time, I was doing three-hour sets at the Walt Disney Amphitheater, banging out a half dozen 30-minute sets each night. Over the course of three years, I learned and developed my unique voice. In fact, you can still find tons of Disney qualities in my sets today — from the physical, visual comedy I use for the kids to the subtle innuendos I drop in for the adults (that go over the kids’ heads). My sets are like a real-life Pixar movie, just without that pesky lamp in the beginning!

Today, I realize how much those years truly shaped the clean comedy I use as a corporate entertainer. Since I’m Vegas-based, clients always ask if I “can keep it clean” for corporate, when in reality, I do corporate shows because I am a clean entertainer! I don’t need to scrub my act before performances, which is why I’m welcome back on Disney Cruise Line all these years later.

Why I Love to Go Back Year After Year 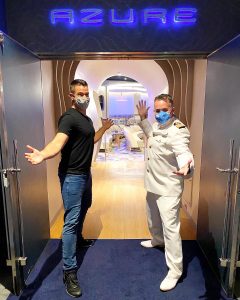 Walt Disney is an entertainment company that has cruise ships, not a travel company that has theaters — and you can feel the difference the moment you step onboard. This year, I’m traveling on the Disney Wonder, which is home to the Broadway-style Walt Disney Theater. Each show was packed for our Thanksgiving cruise, which was such a phenomenal experience.

One of my favorite parts of the cruise was looking out and seeing all of the kids in the audience. I am a firm believer in what Disney stands for — power of imagination and dreaming big — and I always incorporate a special shout-out about it in my Disney shows that I don’t do anywhere else. I urge the kids in attendance that no matter what they’re into, whether it’s sports, arts, or something unusual (like juggling!), that I am living proof that if you work hard, you can succeed.

Speaking of working hard, another one of my favorite parts of going back on Disney cruises is seeing all my friends on the cruise staff! After 15 years, every time I return for another cruise I see so many people I haven’t seen in ages — like my good friend Trent Hitchcock. Trent and I met over 10 years ago when he was a club host. Today, he’s a DCL Cruise Director, as well as the nicest guy ever.

Trent and I shared stories from the old days onboard and reminisced about other cruise staff members we used to know. I was also introduced to a ton of new staffers, most of which arrived from around the globe! Disney hires internationally, which is super cool, so I connected with folks from Indonesia, Australia, South Africa, Indonesia, Ireland, you name it! 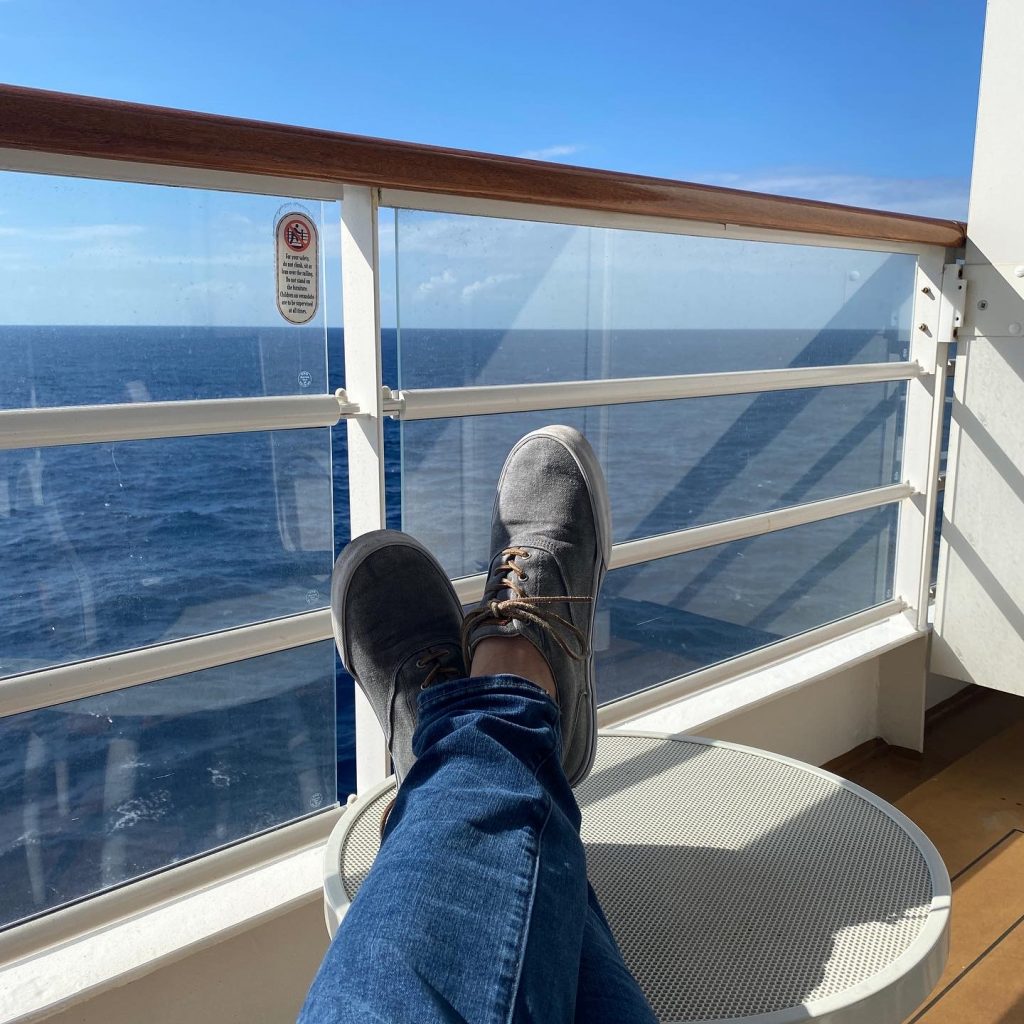 Join Me at Sea for New Year’s Eve!

Well, it was a fantastic time “home for the holidays” with my friends at Disney Cruise Line! I cannot wait to board The Wonder again in a few weeks for New Year’s 2022. If you and the family don’t have plans to ring in the New Year, consider joining me at sea! There will be fireworks, live shows, and (of course) great entertainment from yours truly.

Learn more about the New Year’s Cruise on the Wonder today while staterooms are available. I hope to see you there!