“Jeff – thank you so much for hosting the Battle of the Bras last night at Planet Hollywood!  We greatly appreciate you giving your talents and time to such an important cause.  You were awesome and we raised over $100k – great night!”

This is my 4th year now hosting this wonderful event, and it’s always one of my favorites 🙂 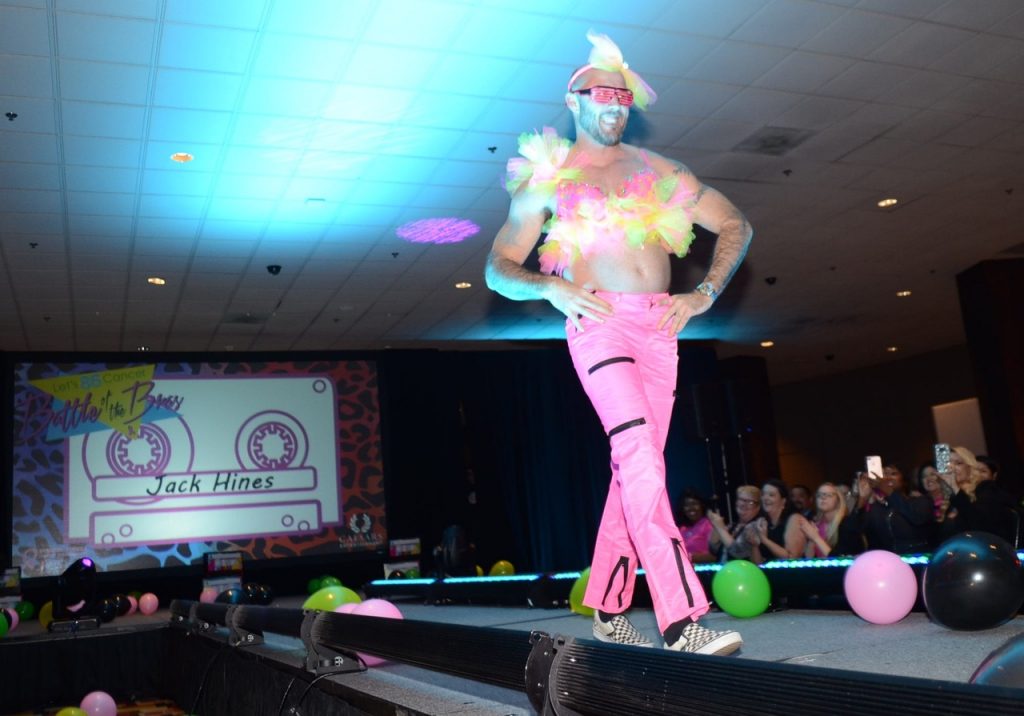 ‘Battle of the Bras’ Fashion Show Raises Over $106,000 for the American Cancer Society to Benefit Las Vegas Community

Caesars Entertainment executives and senior leaders auctioned off bras designed by employees at the eighth annual “Battle of the Bras” fashion show at Planet Hollywood Resort & Casino on Wednesday, Oct. 18 to raise $106,746 for the American Cancer Society to benefit the Las Vegas community.

LAS VEGAS (Oct. 19, 2017) – In honor of Breast Cancer Awareness month, Caesars Entertainment Las Vegas resorts raised $106,746 to benefit the American Cancer Society through the eighth annual “Battle of the Bras” fashion show hosted at Planet Hollywood Resort & Casino on Wednesday, Oct. 18. One hundred percent of the proceeds will benefit the American Cancer Society and the services and treatments the organization provides specifically to the Las Vegas community.

Teams of Caesars Entertainment employees from the Las Vegas region embraced this year’s ‘80s theme of “Let’s 86 Cancer” by decorating bras and selecting costumes for their property or corporate leaders to model down a catwalk in front of cheering fans. To raise money, this fun competition for a cause concluded with a public auction for the bras decorated by Caesars Entertainment’s employees, celebrity partners and members of the local media. The two decorated bras signed by celebrated chef, author and television personality Giada De Laurentiis and America’s favorite brother-sister duo Donny & Marie Osmond were auctioned off together for a total of $28,300.

This year, the event and month-long fundraising effort exceeded the goal of raising $100,086. A total of 175 bras were decorated and available for bidding in the live and silent auctions.