Las Vegas Show | Jeff Civillico : Comedy in Action has been picked up by Vegas Chatter, check out what Mr. Pappagiorgio has to say.

In the aftermath, we wondered if movers had also packed up the 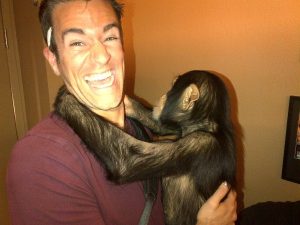 performance stage we discovered last summer inside the PH restaurant. Before we got around to answering that question, The Linq announced its latest Las Vegas Show headliner, Jeff Civillico.

What do Planet Hollywood, The Linq, and Jeff Civillico have to do with each other? Civillico had been performing his one-man Comedy in Action Las Vegas show on the PH stage. Civillico has a strong fan base who flocked to our site to leave glowing comments about a hilarious, excellent show, that was very very funny and worth seeing.

Those fans will be happy to hear that when PH’s doors closed the Palace gates opened. Civillico, who IP describes as a high-energy comedy performer and world champion juggler, opened Memorial Day Weekend and now performs his Las Vegas Show daily at 2 p.m.

VegasChatter spoke with Civillico who is more than excited about the move to IP’s 700-seat showroom. Expect more Jeff on a bigger playground with a full production crew (it really was a one-man show at PH). Gone are the sounds and smells of LA Lasagna and Chicken Crunch being served in the background. Which we imagine to be pretty distracting when you’re working up an appetite on stage.

For a taste (of Jeff, not the LA Lasagna), check out the below video now up on JeffCivillico.com. In fact, hit the website for a voucher valid for up to four free tickets in the back or a discount on seats closer to the stage.

Civillico interacts regularly with over 10,000 followers at @jeffcivillico and on the Comedy in Action Facebook page where you can see for yourselves what comments fans are leaving about the new Las Vegas show. They’re clearly excited — 300 guests were turned away from an opening showcase last week. Turned away from a 700 seat theater. That’s more impressive than a camera-shy chimp – and we love chimps.”