What an honor to be asked to host the U.S. Travel Association’s International Pow Wow 2013 at Caesars Palace.  Thousands of travel professionals from around the world gathered to close out the travel industry’s premier event, and I got to both perform and act as ringmaster for a night filled with food, drink and an amazing line-up of entertainment!

I had the privilege of not only introducing, but performing my act alongside Flamingo headliners Donny & Marie and George Wallace, fellow Quad headliner Frank Marino, star of “Divas Las Vegas,” “Million Dollar Quartet” at Harrah’s and the new headliner at Bally’s.

Caesars Entertainment pulled out all the stops for this event, treating guests to food and drink from its many restaurants, as well as showing off the excitement to come at The Linq. This new dining and entertainment promenade is going to dramatically change center-Strip, and The Linq will be right in the heart of all the action!

The Pow Wow crowd was so appreciative of our parade of great acts, and it took a lot to top the all-star line-up. A high point of the evening was a special appearance by music superstar and Caesars Palace resident performer Celine Dion. Her appearance marked the beginning of a rare non-holiday fireworks show high above the Caesars Palace pool complex, well-received by everyone in attendance.

It was a surreal night for sure, and another step forward for my career with Caesars Entertainment and at-large!  It doesn’t get much more exciting than this, folks! 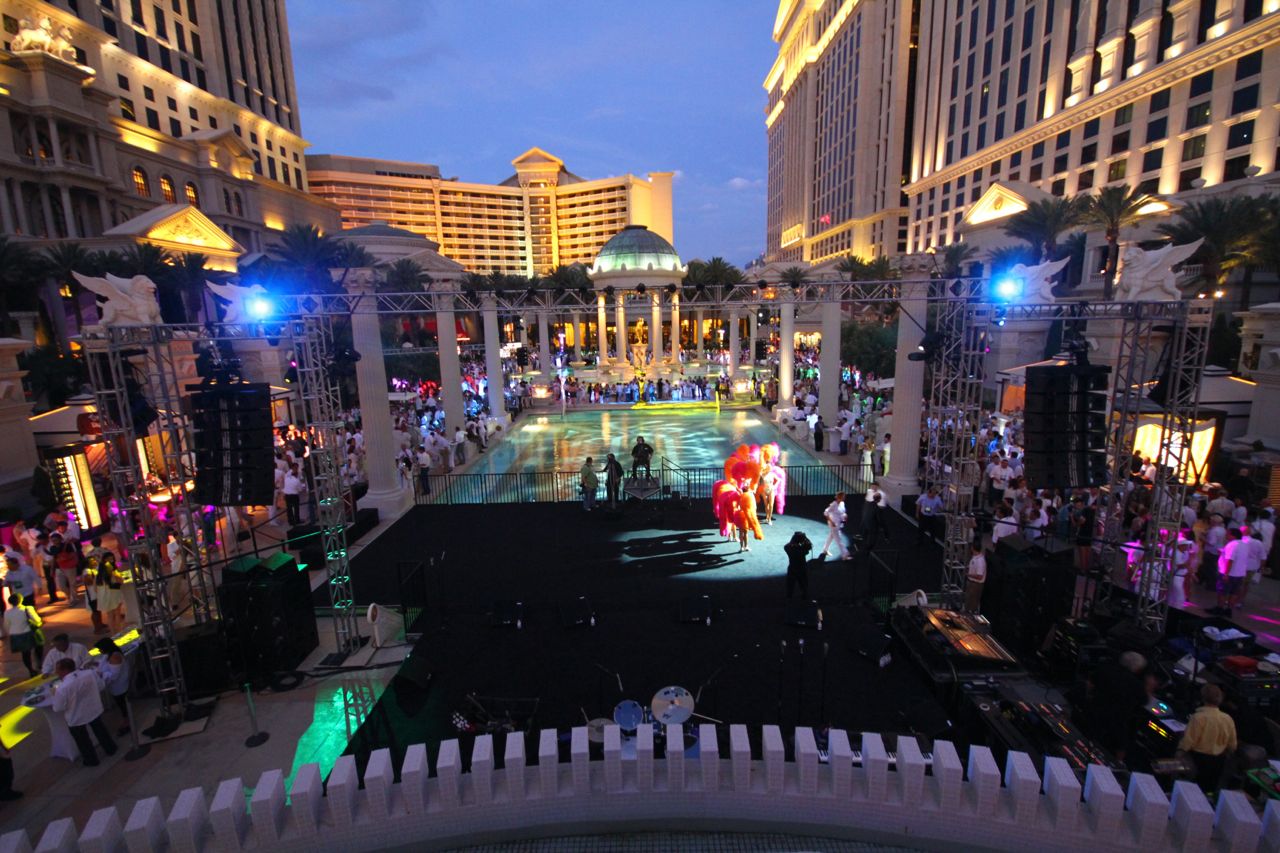 A little more about U.S. Travel Association’s International Pow Wow, if you’re interested: It’s the travel industry’s premier international marketplace and the largest generator of travel to the U.S. More than 1,000 U.S. travel organizations from every region of the U.S., and close to 1,200 international and domestic buyers from more than 70 countries, conduct business negotiations that result in the generation of more than $3.5 billion in future travel. Learn more at the organization’s official site.