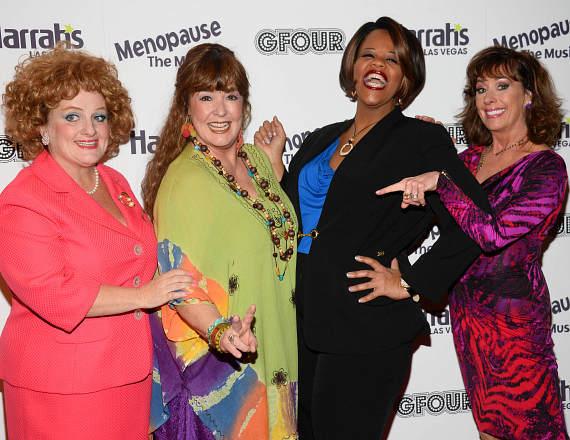 Sitting in my office I was pondering the many great things that got their start out in Orlando, Florida. For one, yours truly; I remember those days fondly (really that isn’t sarcasm). Another great thing that came out of Orlando, Menopause The Musical. They started in a small theater in Orlando with just 76 seats. Now they’ve found a new home at The Impov inside Harrah’s Las Vegas. This past Sunday I had the chance to sit down and watch the premiere and I have to say, even for the fellas out there, this is a darn good show worth watching. It’s no wonder it’s been playing at theaters around the country, and continuously in Orlando, for over 13 years.

I also had a chance to hang out with some awesome people from stage and screen to watch the premier:

If you haven’t seen this show yet, and even if you have, you simply must get over to Harrah’s as soon as possible to check it out.