Nathan Burton is one of the premier magicians in the world. I have been fortunate enough to perform the guest spot in the Nathan Burton Comedy Magic Show, check out the reviews from TripAdvisor.

“This was the fourth time that we have seen Jeff, twice at his own show at the PLANET HOLLYWOOD (restaurant) and twice with Nathan Burton. That meant that we saw him interact with four different audiences and he always makes them feel as though they are part of the show. His ability to get audience members to participate with him on the stage is a true talent. He also remembers that names of the people that he has met in previous shows. I highly recommend this show for anyone who wants to spend an hour just enjoying themselves in a care free environment.

Thanks Jeff for four great shows. We will see you again the next time we are in Vegas….”

“My in-laws were recently in Vegas and suggested my husband and I attend Nathan Burton ‘s show at the Flamingo while we were there this past weekend. Nathan’s show was great too! Jeff was one of Nathan’s guest and had me laughing so hard I had tears running down my face. We decided to attend Jeff’s show the next night and was once again doubled over with laughter. Jeff does a wonderful job involving the audience which just makes it all the more fun to watch. My husband and I both agree it was the best show we have ever seen in Vegas. We highly recommend going to Planet Hollywood in the Forum Shops in Caesar’s Palace to see Jeff!! You will not regret it. =) “

“We first saw Jeff at Nathan Burton ‘s magic show and Jeff was his guest , he was hilarious I laughed so hard I had a stomach ache , so we decided to go across the street and see his show as well, great show and good luck with your success.”

“Usually the shows are not the best thing about Vegas for me. But even during tons of sports betting craziness, I can honestly say Jeff’s show was the most awesome thing about the trip (I still won money gambling though, and that was pretty sweet).

I saw Jeff perform at Nathan Burton ‘s act at the Flamingo, and he stole the show. What’s so great? I’m not even gonna say the juggling, balancing, or whatever else the terms are for the stunts he pulled. It’s his energy and the way he engages with the audience. The other acts were pretty good, but Jeff was over the top, engaging with most serious of people in the most silly of ways. No spoiler alerts here, but you gotta check it out.

If you want a fun show on the strip, go check out Jeff. Way more fun than your typical variety show. Good for families, or just a group of guys (I went with about 8 other 20 year old dudes). We were rolling. And he’s crazy talented. And it’s pretty cheap.”

A Gem of A Show

“I did not see Jeff in the Nathan Burton show, but heard so many rave reviews that I had to go. He is indeed completely worthy of the praise he receives. I was initially leery of sitting through 45 minutes of juggling but I am happy to say he is as advertised– a talented comic and juggler blessed with good looks and charm. Highly recommended.”

Great comedy for the whole family

“We got to view a small portion of Jeff’s talents while at the Nathan Burton show. We knew we had to go to his show later that evening, as my kids, 9 and 13 were laughing like crazy! It was our last night in Vegas, and we are so glad we stumbled upon this act to close out our vacation. He is super energetic, and interacts so well with the audience. Its nice to see someone use their talent and not vulgarities to make a great impression. Would see him again and again!”

The Must-See Show of the Year 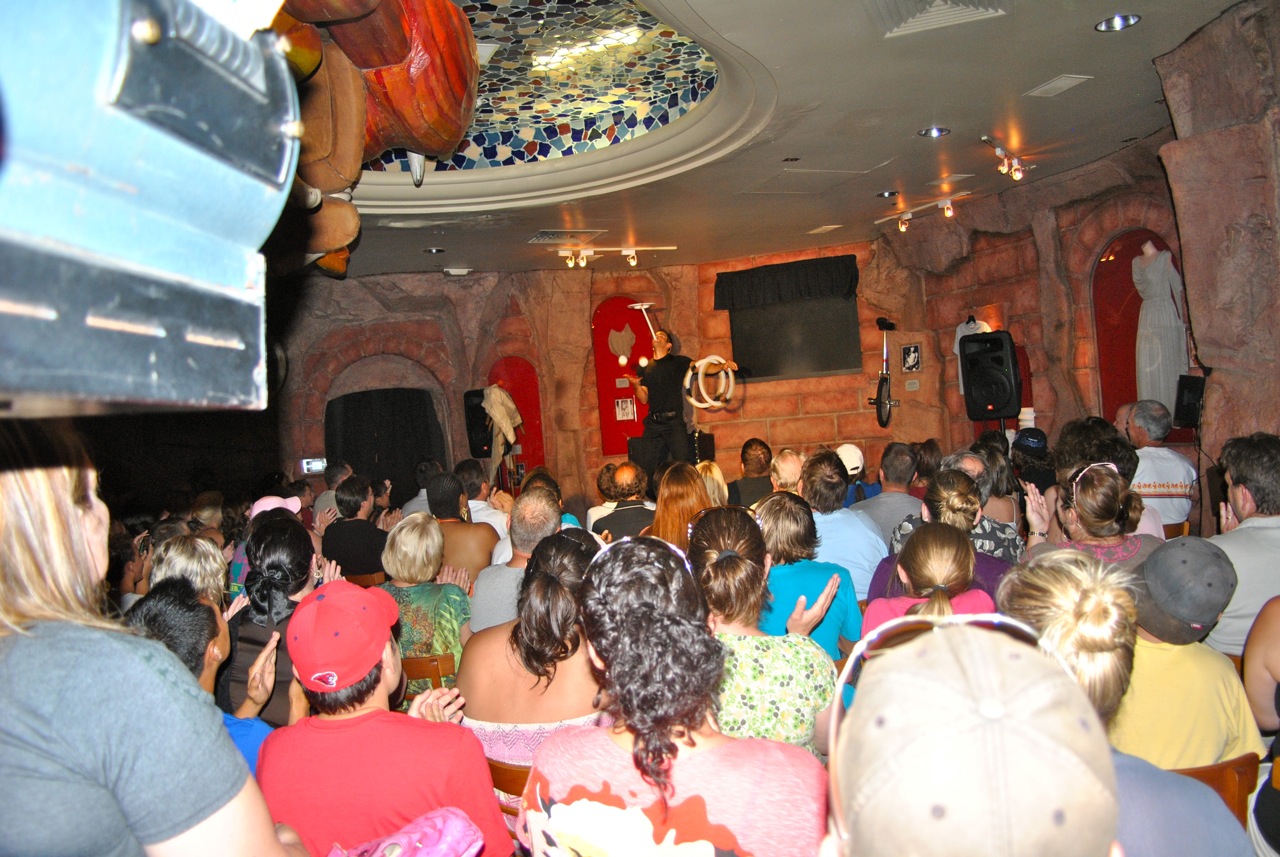 “My friend and I saw Jeff as part of Nathan Burton ‘s show. We laughed so hard, we couldn’t breathe. We knew we HAD to see his full act, so we booked tickets for his show right before leaving Vegas….one last hurrah. And it was the BEST thing we did in Vegas! Great deal – great entertainment – and we laughed the whole time. Jeff has a gift of connecting with his audience. I even bought his DVD and showed it to my kids at home – they loved him too! My 5 year old asked, “Is he real?” If you want a great night out, go and see Jeff at Caesar’s Palace – Planet Hollywood…..restaurant. :-)”

My face hurt from laughing so much

“Like many others, we saw Jeff during the Nathan Burton show at the Flamingo. At the end of the show they gave out vouchers for a $25 dinner/show package to eat at the Planet Hollywood restaurant in Caesar’s and see Jeff’s show. The food to our surprise was good, and the show was amazing. Jeff did everything from taking tickets to operating the lights, integrating it all into a high energy very funny show. Jeff’s own show in the PHR is in an intimate, private area, probably seating 80-100 people which allows him to use his extraordinary people skills to interact with the audience. See him in this setting before he is selling out bigger theaters! We expect to see Jeff again in Las Vegas or elsewhere.”

“We first saw Jeff as a guest on the Nathan Burton Show, then caught his show at the Planet Hollywood Restaurant. We laughed the whole show! Jeff is very high energy, talented, and quick-witted. He works well feeding off audience members!”

Great show. Fun for all!

“Jeff’s show was very funny and interactive with the audience. Good for probably 10 and over. Check him out for affordable entertainment while in Vegas! Also check out Nathan Burton too who made a guest appearance when we were there!”

“I first saw Jeff performing as part of the Nathan Burton Comedy Magic show at the Flamingo in Vegas. When they announced Jeff also had his own show at Planet Hollywood Restaurant (Caesar’s Palace Forum Shops), I raced over there to buy my ticket and ensure I didn’t miss out. Jeff is THAT good! He is so hilarious, talented and captivating. I was lucky enough to be in the front row (albeit in a small venue), and Jeff included me as part of his act – but he also involved everyone in the audience. I laughed from start to finish, and even laughed to myself after the show remembering some of his whacky antics. I loved his show so much I went back a few nights later, and also bought a copy of his autographed DVD – which I am now watching with friends back home in Australia. I thoroughly recommend Jeff, he is worth your time and money. Please do yourself a favor and see his show – you won’t regret it!”

Be sure to check out the Nathan Burton Comedy Magic Show next time you are in Vegas! The Flamingo serves as the best location to house the talents of Nathan Burton. You will not be disappointed by Nathan Burton!