Nathan Burton has been a Las Vegas staple for years.  The Nathan Burton Comedy Magic Show at the Flamingo is a must see!

Check out what people are saying on TripAdvisor after seeing me in the Nathan Burton Show:

“I went to see Jeff’s show after seeing him perform at Nathan Burton’s Comedy Magic Show at the Flamingo. Wow! The consummate performer! My favorite part of his show was how he engaged the crowd through direct audience participation on several occasions. Jeff clearly works well with kids, as evidenced by the smiles on the faces of all of the children in attendance. If you’re looking for some family-friendly entertainment in Las Vegas for a very reasonable price, I highly suggest going to see Jeff Civillico’s Comedy in Action at Planet Hollywood!”

This guy is so entertaining

“We saw Jeff at Nathan Burton’s show and thought he was really entertaining, so we decided to see his solo show as well. It was a scream from start to end, really fast paced and high energy. I would recommend this show to anyone. Dinner included was a nice added bonus too.”

“We saw Jeff doing his act in the Nathan Burton magic show and then got discounted tickets for his whole show at the Planet Hollywood restaurant in Caesar’s Palace. Jeff is so very talented with his juggling and acrobatic skills, extremely good looking and with comedy timing to die for (and I nearly did as I laughed so much, especially with the audience participation trying to help him on to his very tall unicycle). We had a chat with him after the show, got some photos and bought his DVD as a reminder of a great night’s entertainment. Highly recommended.”

About time Jeff got his own show!!!

“I first saw Jeff about a year ago when he was a guest performer in the Nathan Burton show, and he completely stole the show. I get to Vegas a few times a year for work, and when I found out that Jeff finally had his own show I made a point to get to it. And he was awesome! Super high energy, engaging, charismatic, hilarious, and fun to watch – what else can I say? I don’t generally write reviews, but I’m always happy to see somebody who deserves to be moving up the way Jeff is. And you can take your kids to his show! Seriously, see him now before he pushes his way into a bigger venue and it costs you $50. At the rate he’s moving, I’d guess that happens sooner than later.”

High energy comedy at its finest! 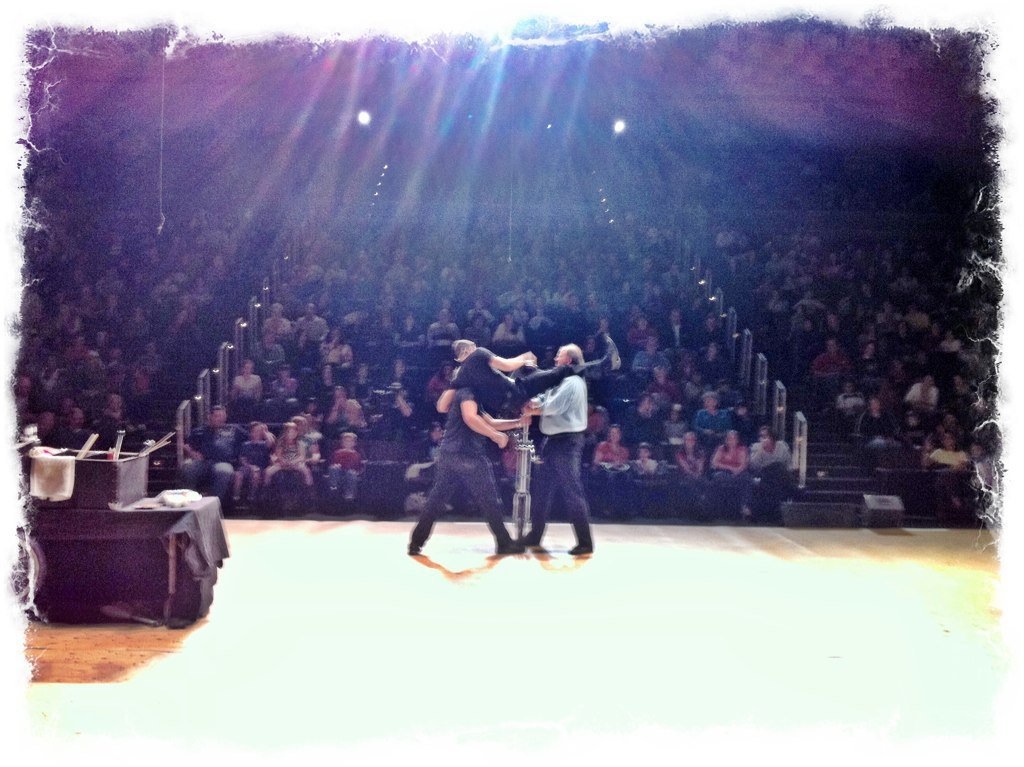 “After seeing Jeff blow me away as a featured performer in Nathan Burton’s show, we simply had to go check out his show at Planet Hollywood (Restaurant!). Simply put, it was fantastic! It’s not the fanciest venue but a performer as talented as Jeff simply doesn’t need all the bells and whistles to keep his audience entertained. His show is high energy (an understatement), totally clean (a rarity in Vegas), and enjoyable for all ages. His passion for performing shines through his entire show! Go see this show now so you can say ‘I saw Jeff back when…’ when he’s a star!”

Very talented and funny juggler with a one man show

“One of the best deals in Vegas. We paid 25.00 each for ticket, which included a meal off a special menu at Planet Hollywood.
It is a small venue. We had seen Nathan Burton earlier that day and you could get the Jeff Civillico tickets for later that night after the Burton performance. (Jeff Civillico also performed in the Burton show). His enthusiasm for his show is apparent. It was a very refreshing show, which my husband and I must, thoroughly enjoyed.”

“We saw Jeff during Nathan Burton’s show and proceeded to dinner and Jeff at Planet Hollywood (restaurant). I don’t think I have laughed like that in such a long time. The wedgie pull got me every time. So much energy and such a great performance. The audience interaction was amazing. I don’t think anyone in the place didn’t laugh. My cheeks felt like they ran a marathon after that!
Great Job Jeff.. if you are ever on the East Coast again… we’ll see you there…. with many friends :)”

“This was the fourth time that we have seen Jeff, twice at his own show at the PLANET HOLLYWOOD (restaurant) and twice with Nathan Burton. That meant that we saw him interact with four different audiences and he always makes them feel as though they are part of the show. His ability to get audience members to participate with him on the stage is a true talent. He also remembers that names of the people that he has met in previous shows. I highly recommend this show for anyone who wants to spend an hour just enjoying themselves in a care free environment.  Thanks Jeff for four great shows. We will see you again the next time we are in Vegas….”

The Nathan Burton Comedy Magic Show at the Flamingo is the ultimate magic show. Be sure to check out Nathan Burton next time you are in Vegas!