LAS VEGAS, NV – JANUARY 27, 2017 — Win-Win Entertainment is launching its Minneapolis city chapter with a performance by nationally renowned Entertainer and Keynote Speaker Tim Gabrielson at “Rein in Sarcoma” on January 29th. Tim will perform his inspirational blend of comedy and magic for sarcoma patients, survivors, and their loved ones. Tim will also be visiting local area hospitals this weekend and performing for sarcoma patients who are unable to attend the fundraiser / awareness event itself.

Win-Win Entertainment was founded in 2012 with the intention of connecting performers with direct services opportunities in Las Vegas, enabling performers to share their time and talent with hospital patients, senior care residents, those with special needs, servicemen and women, veterans and more. The mission of Win-Win Entertainment resonated so deeply with the Las Vegas community that after 5 years and 500+ charity performances arranged, the organization is expanding to the national level. Minneapolis and Salt Lake City were selected as the first two cities of the expansion beyond Las Vegas, with more cities scheduled to open later in 2017.

“I have experienced first-hand the impact that Win-Win Entertainment has,” said Tim Gabrielson, “having volunteered with Miracle League of Las Vegas, and having entertained at the John Bailey Memorial Golf Tournament that raises scholarship money for children of slain FBI agents.  I’m thrilled to be leading the charge here to bring Win-Win Entertainment to our community in Minneapolis.”

Look for Win-Win Entertainment in Minneapolis to send performers to area hospitals later this year, and to provide entertainment for “A Night to Remember,” a prom honoring those with special needs on April 30th.

About Win-Win Entertainment: Win-Win Entertainment is a 501c3 nonprofit organization that was founded in 2012 by Las Vegas Headliner Jeff Civillico, with the specific intention of matching professional entertainers willing to donate their time and talent with eligible, approved non–profit organizations in Southern Nevada. Since this time, Win–Win Entertainment has experienced tremendous growth, thanks in large part to our wonderful sponsors who have supported Win–Win from the onset and our dedicated family of entertainers, who generously give of their time, resources and talents.  Learn more at: http://winwinentertainment.org.

About Rein in Sarcoma: Rein in Sarcoma is a highly entertaining, motivational and encouraging afternoon for Sarcoma patients, survivors and their loved ones. This event will take place on January 29th from 1:30 p.m. – 4:30 p.m. at Bachman’s Lyndale Corporate Office in Minneapolis. The program will include a panel of three sarcoma survivors moderated by sarcoma survivor, Ruth Bachman. Our three panelists will include osteosarcoma survivor Anna Sanders Schetinski, undifferentiated pleomorphic (MFH) sarcoma survivor Dick Deblieck, and soft tissue sarcoma not otherwise specified survivor Sarina McNamara. There will also be a highly motivational performance from comedian Tim Gabrielson.  Learn more at: http://reininsarcoma.org/

About Tim Gabrielson: Tim Gabrielson’s blend of comedy and magic has left audience amazed since 1989.  Tim’s brand of keynote entertainment uses that magical blend while influencing attendees to modify thought patterns resulting in greater enthusiasm and improved productivity. By sharing his philosophy; that responding rather than reacting will change the outcome, he is able to guide audiences to focus on their own abilities to overcome obstacles simply and easily with one paradigm shift. As detailed in his book Lemons to Laughter, Tim ignites positivity resulting in greater success in every aspect of life.  Learn more at: http://timgabrielson.com. 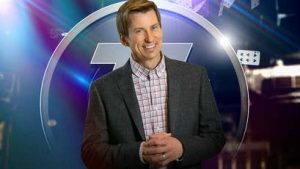