We’ve all seen it before: The curtain slowly rises on the night of an organization’s pivotal auction. On stage walks the auctioneer, who dons a long, black tuxedo coat only rivaled by the sheer size of the hat on his head. In the distance, dozens of potential donors sigh as his voice launches into a rhythmic monotone… Two-hundred-can-I-get-two-fifty-two-fifty-SOLD!

Take a look at why your traditional auctioneer might be out of style for your next event and how a professional event emcee can become your new go-to for auction events and fundraisers.

Why the Traditional Auctioneer Role is Ready for a Facelift

Rumor has it that tobacco auctioneers in the mid-1800s were the first to utilize the fast-talking style still associated with auctions today. Dubbed ‘rhythmic poetry with numbers,’ the quick pace is meant to captivate audience members and sell items rapidly. However, a lot has changed since the 1800s—and the typical style of an auctioneer is definitely ready for a 21st-century facelift.

Now, I’m not saying that actual auctioneers need a facelift… though they could possibly use an eye cream. Rather, I’m saying the approach of traditional auctioneers could use some serious reimagining. The fast-talk and big hats might be a ton of fun at the livestock auction or town festival but likely won’t grab the attention of new and emerging donors.

Here’s why: Millennials ages 21 to 39 are officially the largest generation in the U.S. workforce. Recent studies show that a whopping 84% of millennial employees give to charity and 70% donate time to a charitable cause. Since the start of the pandemic alone, 74% of American Millennials have donated to a charitable cause—20% more than Boomers ages 55 to 72.

The fact of the matter is, younger generations are beginning to become the majority of today’s donors. Traditional auctioneering, though it certainly has its time and place, simply does not connect with younger donors. Instead of boring potential donors or auction attendees with an old-fashioned approach, make a true connection with your audience with a professional emcee.

So, Can a Professional Emcee Be My Auctioneer?

Yes, a professional emcee can be the auctioneer for your next event! Speaking for myself, I offer auctioneering as an add-on service to being an emcee, like also being your keynote speaker. In my experience, clients who have hired me to host and entertain at an auction spearheaded by a traditional auctioneer have also contacted me months later asking if I could handle both roles.

The answer, friends, is almost always yes! As a professional event emcee, I’m more than comfortable on stage and enjoy nothing more than interacting with and working a crowd. I love to continue building on the connection I already made with an audience as a professional emcee in an auctioneer role, helping to raise resources in a way that’s both playful and fun.

In fact, I was just recently the auctioneer for the Collaboration Center Foundation ‘Night en Blanc’ White Light Gala at the beautiful Las Vegas Ranch! The event honored Las Vegas disability champion Linda Smith, and raised more than $500,000 to support individuals and families touched by Intellectual, Developmental, and Physical Disabilities in Nevada. A major win!

Let’s take a look at how exactly a professional emcee like myself shined in this auctioneer role.

How a Professional Event Emcee Revives the Role of Auctioneer

If you or someone you love is a professional auctioneer, you might be wondering how a professional event emcee can seamlessly transition into such an iconic role. The truth is, we have a ton of similarities! For instance, both auctioneers and emcees have a great stage presence, know how to read a crowd, and can command a stage.

However, it’s the differences between a professional auctioneer and a professional emcee that influence today’s donors. A professional event emcee creates an established relationship between themselves and the audience. They greet donors, make them laugh with well-timed corporate humor, introduce event guests, and segue between event segments.

Where auctioneers step on stage for one purpose only, professional emcees are bonafide entertainers that guide an event from start to finish—and build trust along the way. Why bring on an auctioneer no one is familiar with if the emcee just established a real connection? You shouldn’t! Instead, have the professional emcee naturally step into the auctioneer role.

Jeff Civillico: The Next Great Auctioneer

Okay, so I might not be on a quest to become the world’s best auctioneer, but I know for sure that I have the experience in nonprofit fundraising events to kick your auction up a notch. For one, I have more than a decade of experience and have even tackled more than 200 virtual events in the past year and a half, so trust me when I say I have more creative ways to ask for money! 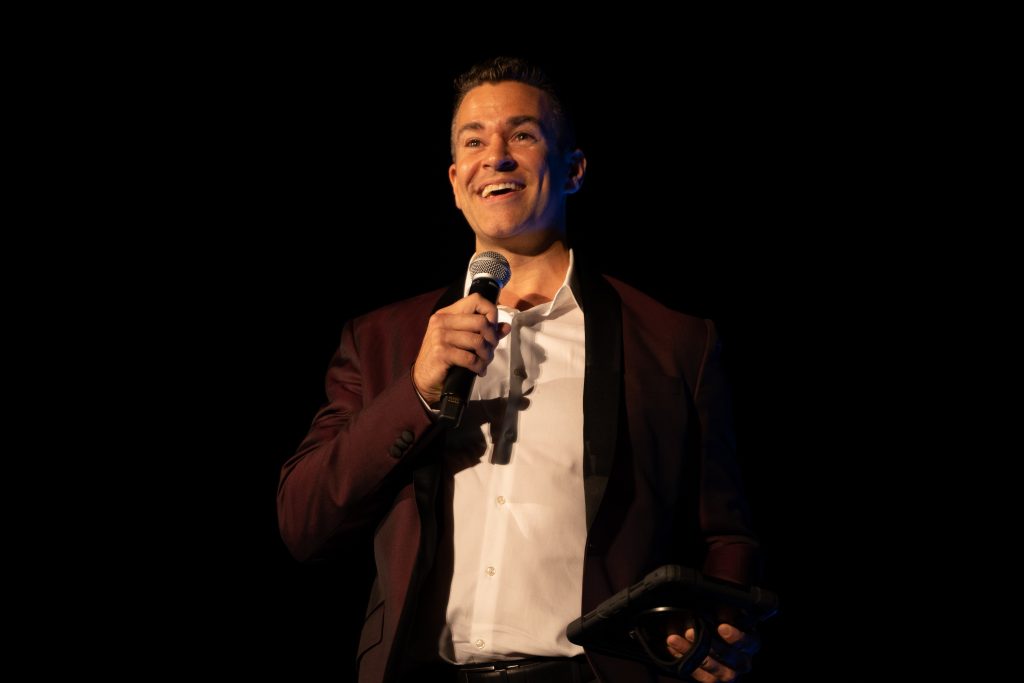 From webinars and hybrid events to in-person galas, I have the tools and techniques to step into any upcoming event and help make it your most successful operation to date. I take great pride in working alongside event consultants to brainstorm effective ways to engage your donor base and share your mission with the rest of the world.

More importantly, nonprofit fundraising is something that’s near and dear to my heart. I am the Chairman and Founder of Win-Win Entertainment, a national nonprofit dedicated to bringing smiles to hospitalized children across America. I know what’s at stake when trying to raise funds for an organization—and trust I bring that same fiery spirit to auctioneering!

In the coming weeks, I’ll be bringing my take on traditional auctioneering to the 2021 Champions for Children Gala in Fort Worth, Texas. The gala benefits the Children’s Advocacy Center for North Texas and will feature more than 500 attendees. I cannot wait to engage the audience in a live auction that I believe so strongly in!

Reimagine Your Next Auction with a Fresh Face

Are you ready to reimagine auctioneering with a professional emcee? I sure hope so! Connect with a fresh face that your attendees will come to recognize and trust by contacting me, Jeff Civillico, for your auction needs. Send me an inquiry today to get started.