The International Consumer’s Electronic Show (CES) celebrated 50 years at the Las Vegas Convention Center this past weekend.  The world’s largest consumer technology trade show opened its doors on January 5th and awed the tech community through the 8th. Over 3,800 companies showed off all their new gadgets to the estimated 165,000 guests who attended the conference.  If you’ve never been to CES, you have to experience it at least once… even if you’re not a big techie, you’ll still be blown away just walking the massive trade show floor and taking it all in.  I happen to be a nerd at heart, which means I really love it!

I was lucky enough to attend the conference this past weekend and check out all of the newest technology. From one-on-one demonstrations of the most innovative robots to flying drones on the newest VR racetracks, I did it all at CES 2017.  And of course, “The Weekend in Vegas” was on-hand to capture it all!  I got to play guinea pig on-camera, something I do not mind at all 🙂 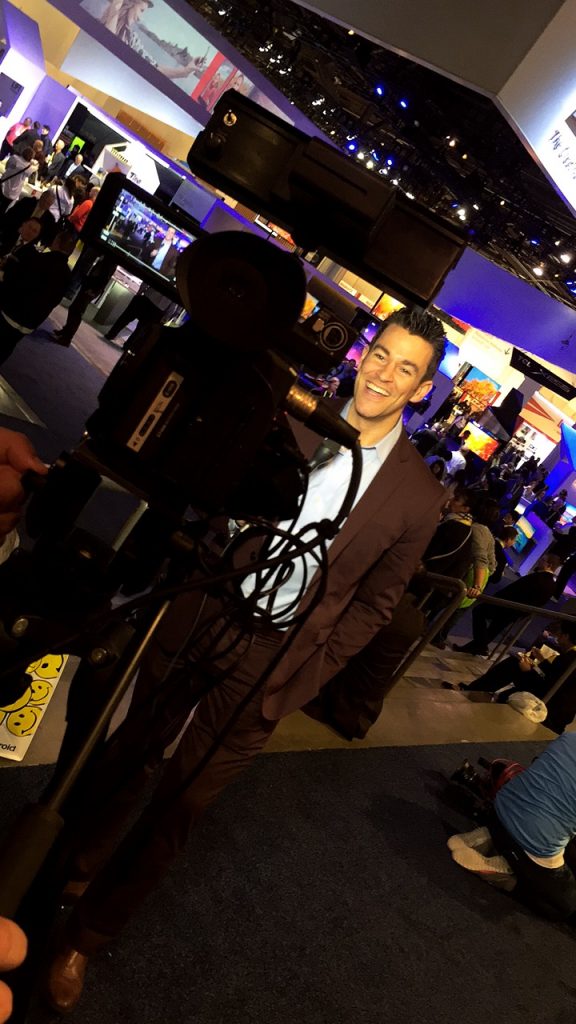 I spent a lot of time hangin’ at Bosch Global. The tech company had an abundance of virtual reality attractions, street bikes with touchscreen technology, and a super cute in-home kitchen helper robot buddy, Mykie. This innovative robot can flawlessly run your entire kitchen by turning on your appliances and even looking in your fridge to decide what dinner options you have based on the ingredients you already have… Mind. Blown. 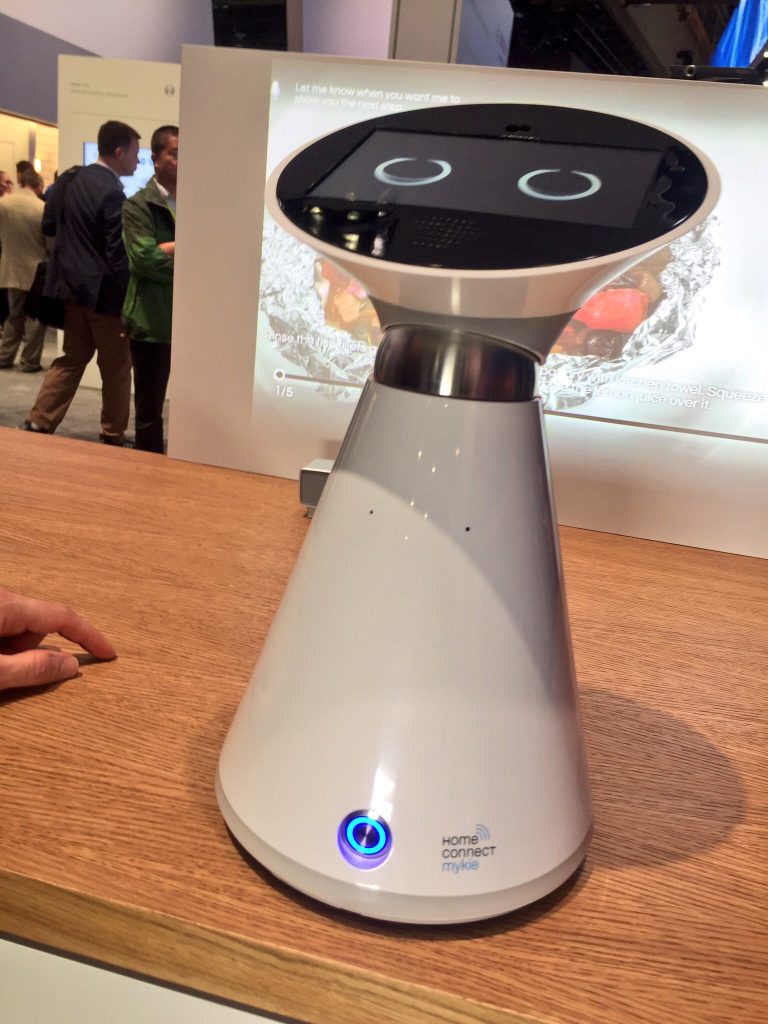 Later, I journeyed over to the Westgate Hotel and Casino to participate in the first ever All-Celebrity Drone Race with Anthony Cools, Lydia Ansel and Amazing Johnathan. Flying Vuzix drones and cruising on the Falcore Connex VR race-track, we had a nice race underway between the four of us. “That Drone Show” streamed the event live and captured the devastating moment when Anthony Cools beat me in the final round… No surprise there, as Anthony is pretty much a professional drone racer, and I had never attempted to fly one!  I was pretty darn happy with second place! 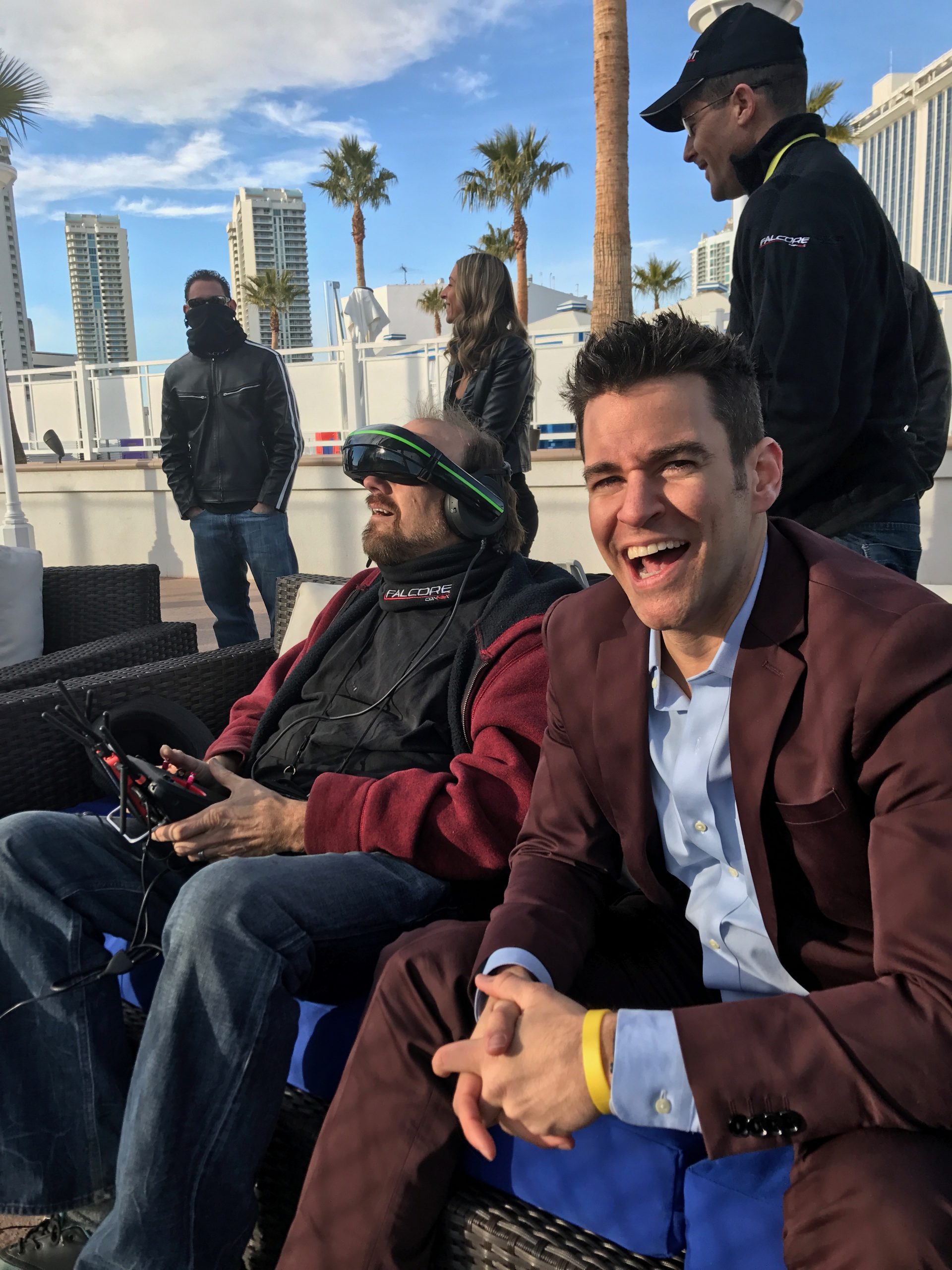 CES is such a great addition to all the events, attractions and conferences that Las Vegas holds throughout the year. The conference brings thousands of guests, establishing Vegas even further as the entertainment – and convention! – capital of the world. I’ll be back next year for sure. Until then, I’ll be working on my drone-flying skills 😉  I’m coming for you next year, Cools… rematch??