What comes to mind when you read the term buzzword? Is it a way for flies to communicate, or perhaps a name etched into someone’s buzz cut? While both of those answers seem like logical choices, the actual definition of buzzword is a lot different. A buzzword is a term or phrase that’s popular at a given moment or within a specific industry.

As a professional emcee, I have an entire repertoire of buzzwords in my back pocket at all times. Because of my career, I’m often running between totally different industry circles week to week. I can make “carnie” jokes with my old friends from the Las Vegas strip one day, then break down the “ROI and ROAS” of a conference with event planners the next.

My buzzword vocabulary is actually one of my most-rewarding skills as a professional event emcee. While I might not have a gold medal for my vast lexicon like I do juggling, it’s my knack with words that helps me actually connect with people (though, the juggling does help). Take a moment to learn more about the buzzword vocabulary of an emcee and why it’s so important.

A buzzword is a new or existing term that grows in popularity among a certain group or during a period of time. For instance, the term “blind pig” was used to refer to an establishment that illegally sold liquor during the Prohibition. Though there might have been literal blind pigs prior, this term is a great example of a buzzword that grew and declined in popularity over time.

You likely won’t find anyone, anywhere using the term “blind pig” nowadays — which is probably a good thing, if we’re being honest! However, the same concept behind that term still rings true today. And for me as a professional emcee, I gather tons of examples of modern buzzwords and file them away in my vocabulary for later use.

What’s cool about the modern buzzword vocabulary of a professional emcee is that it just keeps growing! As trends change, old words can take on new meanings, and new words can be abbreviated to become something special. Take a look at some of the more common examples of buzzwords, or terms specific to an industry, in action below.

When you shop at Target, you’re not a customer, you’re a guest. So, when members of Target corporate gather for a conference or team-building event, they don’t refer to shoppers as customers, they refer to them as guests. As a professional emcee at a Target event, I would be anticipated to know this and follow suit in my dialogue on- and off-stage.

You can witness similar verbiage at a Culver’s event. Culver’s is a Midwestern fast food restaurant whipping up frozen custard, hamburgers, and mouthwatering Wisconsin cheese curds. Not too long ago, I was the corporate entertainer for a Culver’s convention — which they call a “family reunion.” So, you can be sure I thanked everyone for coming out to the Culver’s reunion, not a conference. 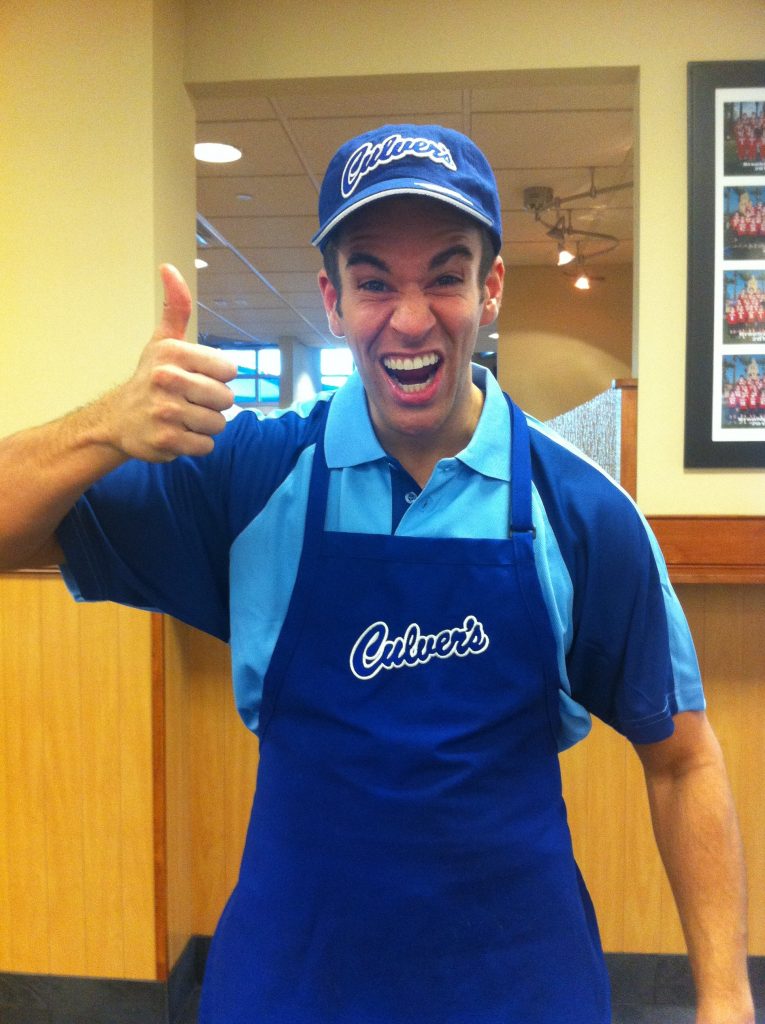 An acronym is a term that’s made up of parts of the phrase it stands for and pronounced as a word, like AIDS or ASAP. In my role as a professional emcee, I’ve worked with the Society for Human Resource Management, better known as SHRM. When spoken out loud, SHRM is pronounced “sherm.” So, it would be super embarrassing if I got on stage and welcomed members of S H R M.

An initialism is an acronym that’s pronounced as individual letters, like FBI or LOL. You come across a ton of examples of initialism when you run in marketing, financial, or big tech circles. For instance, I’ve been in multiple panel discussions where a peer will mention company KPIs or the ROI of an event. For your sake, never pronounce ROI as Roy!

Last but not least, a buzzword vocabulary is only effective if the pronunciation is just right. As you can tell by the above acronym versus initialism battle, pronunciation can make or break the delivery of certain terms. If you get the pronunciation of a common buzzword wrong, the word itself can lose all meaning in the context of a corporate event.

A great example of pronunciation in a corporate setting is the time I was a professional emcee for the global hospital group, Marriott. Contrary to popular belief, Marriott is actually pronounced like “chariot” not “Marry-aht.” When I got on stage to host for the Springhill Suites brand, you bet saying “Marry-aht” when greeting guests would’ve gone over terribly.

Why is the Vocabulary of a Professional Emcee Important?

It should be pretty clear by now that the buzzword vocabulary of a professional emcee is an essential tool. I like to refer to my extensive vocabulary as an ability to “walk the walk and talk the talk.” When I enter a room of professionals — whether they be doctors, lawyers, chefs, or magicians — I’m able to speak like one of them.

So, why is that important? Well, as a professional event emcee, my clients anticipate that I can walk into a room and instantly match the environment. They expect me to look and sound the part of a healthcare emcee, software emcee, nonprofit emcee, or whichever type of industry they’re in. And the key to blending in is by learning the shared verbiage of the audience.

My buzzword vocabulary has often tricked employees of an organization into thinking I’m actually a team member myself. In fact, I once had an AT&T employee walk over and ask me which division of the company I was with! Questions like that let me know that I’ve not only mastered the art of buzzwords, but that I was able to truly capture the trust of my audience.

The Universal Buzzwords of 2021 Revealed

Looking back, all of those words feel familiar… like, super familiar. Maybe it’s time I jump back into my buzzword vocabulary for a few fresh options, eh?

Enhance Your Corporate Event with a Word Wizard

Over the years, I’ve developed quite a few names for myself — world-class juggler, humanitarian, corporate entertainer, and now, word wizard! With each year I’ve been in business, my buzzword vocabulary has grown tenfold. And after more than a decade on the stage, I’m confident my library of terms can take on any event possible.

So, what are you waiting for? Enhance your next event with a professional emcee who can walk the walk, talk the talk, and joggle the joggle (that’s juggling while jogging, if you’re not hip to that buzzword yet). Book me, Jeff Civillico, as your next professional event emcee today!