Three Days at the Excalibur Filling in for Mac King

You know what they say, when the king is out of the castle, the jester will play… hey, maybe that’s how I ended up filling in for Mac King at the Excalibur this past week! All jokes aside, I was thrilled to hit the stage at the magical, castle-themed resort from Thursday, May 19 to Saturday, May 21 to fill in for my good friend and fellow clean comedian, Mac King.

If we’ve been connected for a while, you know that Mac and I go way back. In fact, we performed right next door to each other on the Las Vegas Strip for many years when Mac was at Harrah’s and I was at The Imperial Quad LINQ Palace 🙂 That was an inside joke for my Vegas peeps haha. After an extended stint on the road as a corporate entertainer and keynote speaker, I jumped at the opportunity to flex my chops once more on the Las Vegas main stage. Here’s how it went filling for my pal Mac King!

An Honor to Fill in for My Friend, Mac King

When I say it’s an honor to fill in for Mac King, I truly mean it. Mac is an absolute legend in Las Vegas, with bragging rights for the longest running magic show in Las Vegas, the United States, sheesh, the entire world! Mac has held down the stage longer than iconic magicians like Penn & Teller and David Copperfield. He’s an icon in his own right!

Not to mention, Mac has a true heart of gold. He’s done several Win-Win Entertainment hospital visits for me, both in-person and virtual visits. And back when the two of us used to perform next door to one another, he was one of my presenters at a five-day event called Showbiz Academy for high school students interested in learning about the creative and business aspects of show business. It was fantastic to see him in his element and watch him guide other performers.

When Mac asked if I’d come fill in for him at the Excalibur, it was a very easy yes. I’ve returned to the Strip to fill in for him before, and each time it’s a treat. Plus, after so many emcee events, corporate entertainment gigs, and keynote speaker obligations, it felt great to hop back into my clean comedy routine for the wonderful audiences at the Excalibur! 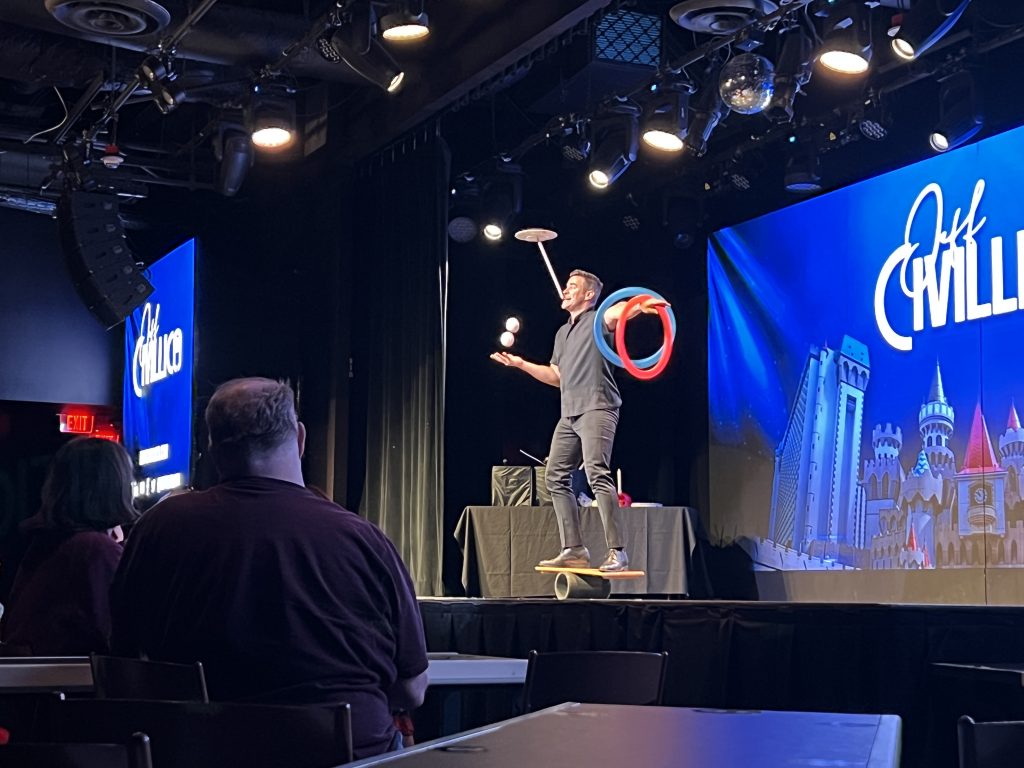 A Privilege to Take the Stage in Las Vegas

I feel it’s important for me to mention in today’s post that I never — ever — take performing on the Las Vegas Strip for granted. I’ve had my sights on Las Vegas ever since I was performing novice juggling routines for my grandmother in our family kitchen. Any time I can see my name in lights on the marque, or see my videos playing along a venue, it lights a fire in me.

Of course, I did have my own 10-year run on the Las Vegas Strip as a Headliner with Caesars Entertainment at hotel properties like The LINQ, The Flamingo, and The Paris. Lately I’ve been focusing on corporate entertainment, hosting, and speaking, as well as the expansion of my nonprofit, Win-Win Entertainment, but hey! I’m a Vegas guy and I love performing.

It was a privilege to make my way back to the Strip to perform! As an added bonus, clean comedy gigs on the Strip really help me stay fresh with my routines. When you bounce between cities, states, and events as often as I do, a chance to head back home to do what you do best is always welcome. I’ll always say yes to time on the Las Vegas mainstage!

A Memorable Night with Friends and Family

One of my absolute favorite parts about filling in for Mac King is the ability to invite family and friends to my shows. You see, you can’t exactly sneak your mom and dad in when you’re the event emcee for a Fortune 500 company… and event planners don’t really dig it if your BFF from college tags along for the gala. But performing on the Strip is a totally different ball game!

This week, I was able to invite one of my closest friends Matthew Sedivy, who brought his girlfriend Alanna to the show. It was great to see them in the crowd! I was also able to have another one of my clean comedian friends, Matt Kazam, attend with his daughter. I brought her up on stage to give her the true Comedy in Action experience! She loved it… 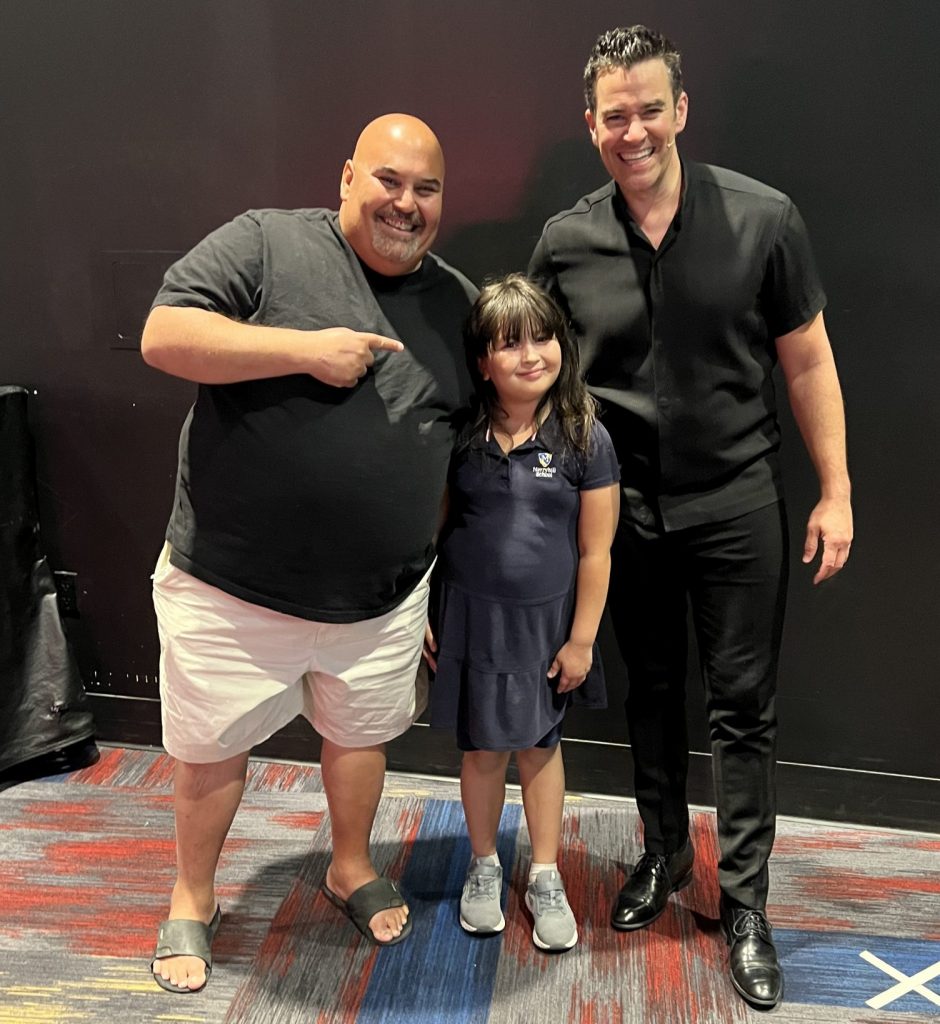 What’s Next at the Excalibur?

In case you missed it, my birthday was this past Tuesday, May 17 — yes, I turned 25 (again), if you were wondering! It felt like the ultimate birthday present to fill in for the man, the myth, the legend, Mac King, at the Excalibur. And guess what? I’ll be back August 2-6! I’d love for you to come by the castle and watch me do my thing. Hope to see you there soon!