Featured in The Vegas Voice

Thanks to Rich Natole for the write up in The Vegas Voice: 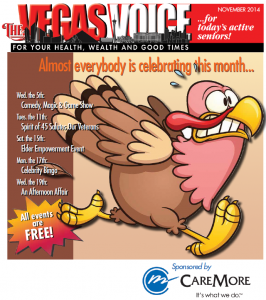 Las Vegas is home to many professional entertainers. I’ve always believed, that if you want a career in show business you have to go where things happen in your craft.

Stage actors go to New York, movie actors head for Hollywood, and variety performers come to Las Vegas. A variety act I recently saw on the Las Vegas strip features a talented performer who is definitely in the right place.

The Linq Hotel is home to resident comedy juggler Jeff Civillico. Jeff is a high energy performer with a fast moving show that showcases his ability to keep an audience laughing while delivering some amazing juggling techniques.

I don’t think there’s anything this guy can’t juggle, even while on a unicycle! My favorite bits involve audience participation which Jeff manages to skillfully weave throughout his 75 minute performance.

After all who doesn’t like to see the guy sitting next to them onstage with objects flying around his head? This show is fun, entertaining and perfectly suited for the whole family.

It is important to note however that Jeff Civillico is much more than just a great entertainer. He’s also the founder and President of Win Win Entertainment, a non-profit organization that goes to bat for countless charities.

Jeff teams up with Las Vegas performers – the most giving people I know who are willing to donate their time and talents to a worthy cause. When Jeff pairs entertainers with a greater need it is definitely a “Win Win” for all!

Partnering with UMC Hospital for example, Jeff brings a different entertainer to perform each week on Wednesdays at 11am. Working with such organizations as St Jude’s Ranch for Children, Miracle League and the USO, Win Win is bringing smiles and joy where they’re needed the most.

As a local performer myself, I’m very proud to be associated with Win Win Entertainment. As this organization continues to grow, so does their support from the Las Vegas Community. Kudos to Jeff and Win Win for being part of the solution!

To experience the talent of Jeff Civillico, I highly recommend you catch his show at The Linq running daily at 4 pm (Dark Tuesday & Friday). It’s one of the best afternoon shows in town! Jeff is also available for Corporate Shows.